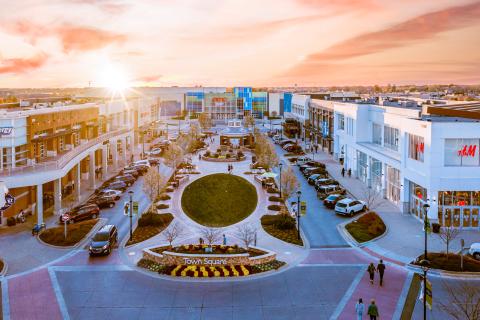 Josh Poag’s decision not to sell Poag Shopping Centers--the pioneering lifestyle center company founded by his father Dan and Terry McEwan—resulted in the formation of a unique partnership, and now a new name.

The Memphis-based company has been re-branded as Poag Development Group, its new positioning the product of a deal made with JLL (which tendered the acquisition offer) that gives the global retail services company the opportunity to manage all of Poag’s properties through sub-contracts without having to acquire them.

Josh Poag, the CEO of the reconfigured operation, will now focus it on acquiring and developing new properties while JLL handles the leasing and operation of the Poag Development Group portfolio.

“I couldn’t be more excited for this next chapter in the Poag legacy, homing in on our development and redevelopment expertise, to continue to create the retail and mixed-use projects of the future that set the standard for excellence in the industry,” Poag said.

Poag Shopping Centers experienced its first directional change in the 1980s, when Dan Poag and McEwan were developing neighborhood centers. Kroger unexpectedly dropped out as the anchor of a development that was underway, leaving the partners in the lurch. That led the duo to devise a new retail center concept that could thrive without anchors—instant downtowns with high-quality retail shops, services, and restaurants in settings laced with sidewalks, playgrounds, distinctive architecture, and ample green space.  Other developers began to adopt Poag’s innovations, leading to the establishment of a new retail real estate sector: lifestyle centers.

“Our team has developed and redeveloped many lifestyle centers, malls, and mixed-use environments, all with a focus on customer experiences,” said Poag. “We have expertise in master planning, sports-related developments, and transit-oriented developments. We have one of, if not the most, experienced teams in development and redevelopment in the country, focusing on retail as the basis of these projects.”

Poag Development Group’s current roster of development projects includes the reimagining of Somerset Square in Glastonbury, Conn., the redevelopment of Rosedale Center in Roseville, Minn., and the retail portion of the Rise in Cupertino, Calif.