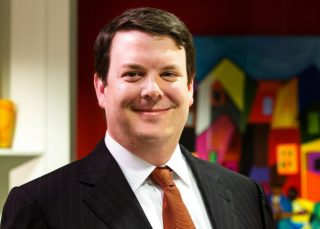 With JLL taking over management of his properties, Josh Poag is happy to be able to focus on development.

“It wasn’t going to work. I wasn’t interested in selling the company,” said CEO Josh Poag, who’s worked in the company his dad co-founded most of his life. “So we started saying that, if we could figure out each other’s strengths, maybe we could come up with a strategic partnership that could benefit us both.”

The culmination of that effort was a deal that will have some of JLL’s open-air development professionals going to work at Poag Shopping Centers. Poag’s leasing and property management people, meanwhile, will now be based within the JLL organization. The deal gives JLL the opportunity to manage new properties through sub-contracts with Poag without having to acquire them. Poag, meanwhile, will be able to amp up its acquisition and development activity, supported by JLL’s highly connected and national leasing and management organization.

“It gives us a breadth we haven’t had before,” said Poag. “JLL’s and our leasing people had a call last week to begin combining efforts. And we’re now taking on some of JLL’s development contracts and will be able to expand that business dramatically. As a private company, it’s easier for us to invest in properties than it is for JLL.”

As soon as the deal is done, JLL will subcontract to Poag on some of its development contracts. “The JLL development team we’re bringing over here are some really extraordinary individuals. They’re excited because they can chase new deals they couldn’t chase before and there is incredible potential for growth,” Poag said.

Poag, whose dad Dan Poag and his partner Terry McEwen are credited with having invented the lifestyle center in the 1980s, sees a lot of new business coming his way as a result of the JLL deal.

“There are a lot of malls around the country that need to be redeveloped and lifestyle centers that could be improved. I’ve always worked on the development side. That’s what I love to do,” Poag said. “We want to set about acquiring assets.”