A new bill introduced to Congress would confirm that digital accessibility is a part of the Americans with Disabilities Act.

The Online Accessibility Act, introduced on Oct. 1 by Representatives Ted Budd, R-N.C., and Lou Correa, D-Calif., would expand the ADA’s coverage to include consumer-facing websites and apps operated by private companies. The legislation comes in response to thousands of lawsuits alleging website ADA violations.

Last year, the National Retail Federation filed a brief asking the U.S. Supreme Court to take up a case in which it could have established standards for the claims. The justices declined, however, and let stand a 9th U.S. Circuit Court of Appeals ruling that websites can be considered public accommodations.

In response to the newly introduced bill, the NRF said it welcomed legislation that would establish standards clarifying what is required to make websites and mobile apps accessible to the visually impaired under the ADA.

“Retailers want to serve all customers, and that includes those who are blind or visually impaired,” NRF chief administrative officer and general counsel Stephanie Martz said. “This bill makes it clear that the ADA applies to websites and requires that businesses make their websites accessible, but it also sets clear rules on what that means. This should put an end to frivolous lawsuits that have diverted resources that could be better used to make sure online products and services are easily available to everyone. “

The ADA applies to “public accommodations” but currently defines that only as physical locations, and neither Congress nor the Justice Department, which oversees the law, have issued guidance on what constitutes access to a website.

“Equal access to the internet is increasingly important with the rapid growth of online commerce and particularly the spike in online shopping we’ve seen during the pandemic,” said Martz. “This bill will provide clarity that is long overdue.”

Those that are in “substantial compliance” with Web Content Accessibility Guidelines established by the Web Accessibility Institute or offer “equivalent access” through an “alternative method” would be deemed to be in compliance with the ADA, the NRF said, but the Justice Department would be required to issue regulations spelling out definitions and details.

The department would also be required to establish a dispute resolution process, and violators could be fined $20,000 for a first offense and up to $50,000 for subsequent offenses. Private lawsuits would be allowed but only after administrative remedies are exhausted. 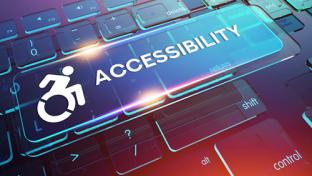 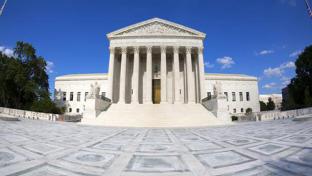 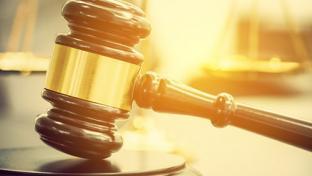