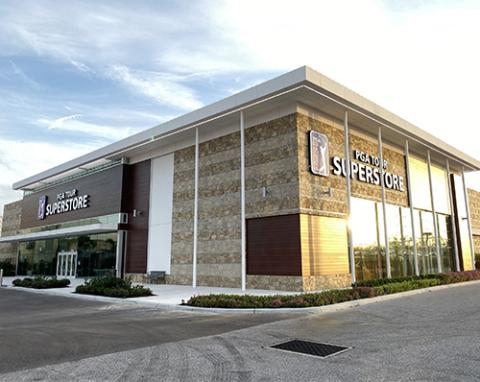 Dick Sullivan, currently president and CEO of PGA Tour Superstore, has been named executive chairman. Jill Spiegel, currently chief merchandising officer, has been promoted to president, making her one of the highest-ranking women in the golf industry.

Spiegel started at the specialty golf and tennis retailer in 2011 when it had 11 stores. It currently operates 54 stores in 21 stores, with plans to hit 70 locations by the end of next year. Prior to joining the company, Spiegel held merchandising roles at Belk Department store as divisional merchandise coordinator and at Macy’s as VP /divisional merchandise manager and VP of planning.

“Dick, Jill and the team have taken a business in distress when we acquired it in 2010 and turned it into the leading golf specialty retailer in the world today,” said Arthur Blank, owner and chairman, PGA Tour Superstore. “Dick has been a trusted friend, exceptional leader and champion of the core values of our businesses for over 30 years. His vision and leadership will continue to drive our growth and I’m very pleased we have someone in Jill who is ready to lead critical daily operations of the business.”

Sullivan’s work with Blank’s businesses dates to the explosive growth of The Home Depot in the 1990s, where Sullivan held various senior roles culminating as the home improvement retailer’s chief marketing officer. When Blank bought the NFL’s Atlanta Falcons in 2002, he tapped Sullivan to lead marketing for the team.

In 2010, Blank purchased the 10-store PGA Tour Superstore and Sullivan moved from the Falcons to become CEO.  Sullivan was instrumental in making the business amongst the largest licensing partner of the PGA Tour, setting the stage for sales growth of more than 500% during his tenure as CEO to date, the company said.

“With Jill’s decades of experience in retail and the dynamic leadership she has demonstrated during a time of very rapid growth in our business, she is very prepared to take on this new leadership responsibility, said Sullivan. “Jill has earned deep respect and built highly beneficial relationships across the golf industry that have helped drive our outstanding results. As importantly, she is a model of the values and culture our business is built upon and a leader who our associates will be able to look to with confidence during the next phase of our growth.”

PGA Tour Superstore is operated by Golf & Tennis Pro Shop, Inc., a subsidiary of AMB Sports and Entertainment and is headquartered in metro-Atlanta. All stores feature multiple state-of-the-art swing simulators, practice hitting bays, and large putting greens, along with an in-house club making and repair facility.

In addition to equipment and accessories, PGA Tour Superstore offers an extensive selection of men's, women's and juniors' apparel and footwear for golf and tennis.