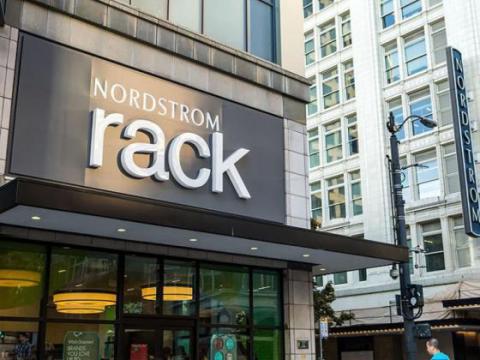 Nordstrom is consolidating responsibility for store operations across Nordstrom and Nordstrom Rack.

Nordstrom is streamlining the leadership ranks of its struggling off-price division, Nordstrom Rack.

Nordstrom said that centralizing its customer strategy under one leader and consolidating responsibility for store operations across both Nordstrom and Nordstrom Rack “will better align operational oversight with the company's Closer to You strategy, which remains focused on delivering customers a more convenient and interconnected experience across its stores and digital platforms.”

"This new leadership structure is reflective of a natural evolution that comes directly from our focus to serve customers better across all channels and banners," said Nordstrom CEO Erik Nordstrom. "It also leverages the experience of two very talented leaders, Ken Worzel and Jamie Nordstrom."

Nordstrom Rack has struggled to return to pre-pandemic levels. In December, reports surfaced that Nordstrom had hired AlixPartners to help it review a possible spinoff of Rack into a separate company. The retailer said it was “taking action” to improve performance at Rack, including optimizing inventory levels, better balancing price points and increasing brand awareness.  Nordstrom Rack sales fell 5% on a two-year basis during Nordstrom’s fiscal fourth quarter of 2021.

As chief customer officer, Worzel will be responsible for the company's customer strategy across all touchpoints and will oversee the company's digital platforms, including e-commerce, digital operations, marketing, credit and the Nordy Club loyalty program. Since 2019, Worzel has served as COO. Previously, he served as executive VP, strategy and development, and chief digital officer.

As chief stores officer, Jamie Nordstrom will now oversee operations strategy and execution for Nordstrom Rack as an expansion of his current responsibilities as president, Nordstrom stores, a role he has held since 2014. He has held leadership positions across several areas of the business, including merchandising, store operations, Nordstrom.com and NordstromRack.com. In his new role, he will focus on aligning the company's store experience and operational execution with its merchandising and supply chain functions.

"We want to thank Scott and Geevy for their tremendous contributions to our company, our employees and our customers," said Pete Nordstrom, president and chief brand officer of Nordstrom. "Scott has been a selfless leader who always put our customers and our people at the center of everything we do. Geevy has been a dynamic force and helped create the close-knit culture for which Nordstrom is known. Few leaders have made such a meaningful impact on so many distinct aspects of our business. We're a better company because of their leadership and are grateful for their many years of outstanding service."