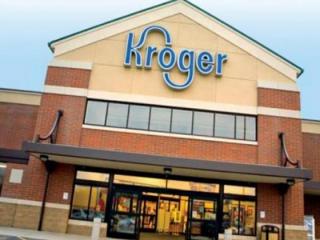 The Kroger Co.’s digital investments are paying off.

The nation’s largest supermarket retailer made its first-ever showing in eMarketer’s ranking of the top U.S. e-commerce retailers, taking the #9 spot.  Kroger’s e-commerce sales will surpass $11 billion this year, growing by more than 79% year over year, according to eMarketer. Topping the list is Amazon, followed by Walmart (see list at end of article.)

“The pandemic has shifted consumer priorities,” said Cindy Liu, eMarketer senior forecasting analyst at Insider Intelligence. “Kroger will benefit from two tailwinds this year: Eating at home continues to be in favor among Americans, and there’s been greater interest by consumers in ordering groceries online. With these two forces at play, we shouldn’t be surprised by Kroger’s strong growth this year.”

Kroger’s early digital investments prepared it for what the year had in store. The company started investing in online grocery several years ago, and now has more than 2,000 pickup locations and 2,400 delivery locations that reach over 97% of its customers, noted Liu.

Dropping off the list is Macy’s, which fell out of pace with the other companies in the top 10 largely due to declines in apparel sales, according to eMarketer.

Here is e-Marketer’s listing of the 2020 top 10 U.S. retail e-commerce companies ranked by sales (figures are in billions).