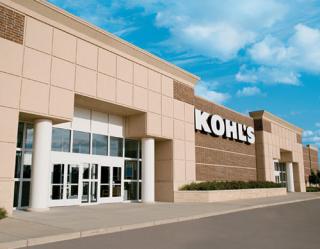 Kohl’s is urging shareholders to reject Macellum Advisors’ slate of board nominees.

Kohl’s is once again firing back against activist investor Macellum Advisors attempt to gain control of the company.

Macellum, which owns nearly a 5% stake in Kohl’s, is looking to take control of the company’s board. In February, it nominated a slate of 10 candidates for election to the board at the upcoming shareholders meeting. Macellum has criticized Kohl’s in recent years for not performing as well as it could. In January, it called for the company to consider options, including selling itself.

“Macellum is attempting to take control of your board with an inexperienced, unqualified slate,” Kohl’s said in its letter. “Six of ten nominees have never served on a public company board and none have served on a retail company board of comparable size to Kohl’s.”

In its letter, Kohls’ said that the Macellum agenda is “hollow” and has offered no” value-enhancing” ideas.

“Macellum is promoting an ever-changing narrative, misinformed claims, and value-destructive proposals, all of which reveal a reckless and short-term approach that is not in the interest of driving long-term, sustainable value,” the company said. “Macellum has offered virtually no new ideas; the few ideas they have presented are short-term focused and likely to destroy significant value.”

In February, Kohl’s said it had rejected several takeover offers, saying they undervalued the business. It also adopted a shareholder rights plan, commonly known as a “poison pill,” to avert a hostile takeover of its business. The retailer has since confirmed it is working with bankers and other financial advisors to consider bids for its business and that it has received multiple offers.

Kohl’s added that it is involved in further engagement with select bidders, “including assisting with further due diligence that may create opportunities to refine and improve proposals.”

“Macellum’s push for a hasty sale at any price reveals a short-term approach that is not in the best interest of Kohl’s shareholders,” Kohl’s stated. “Macellum has repeatedly criticized Kohl’s for rejecting an offer to acquire the company at $64 per share, a price that is well below the value that Macellum itself publicly declared.”

"The choice is clear: Re-elect the Kohl's Board ... or elect Jonathan Duskin and his associates to destroy value," Kohl's said in the letter.  (Jonathan Duskin is the CEO of Macellum and one of the company's board nominees.)