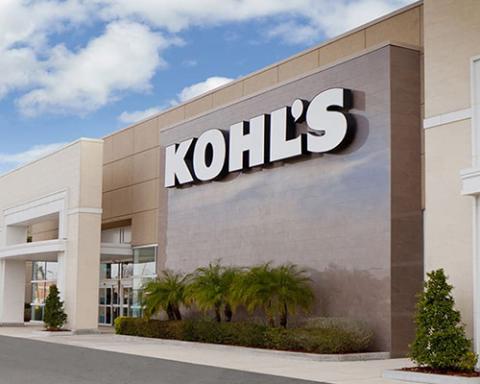 Kohl’s will open more than 100 smaller-format stores during the next four years.

Kohl’s Corp. on Monday gave an update on its growth initiatives and long-term financial plan as the company continues to face pressure from activist investors.

“Kohl's is undergoing a significant transformation of our business model and brand to be the retailer of choice for the active and casual lifestyle,” said CEO Michelle Gass. “We have fundamentally restructured our business to drive sustainable and profitable growth, while providing a strong return to shareholders. We have laid the foundation for our winning strategy and have started to implement key initiatives that will scale and accelerate our growth in the years ahead.”

The department store retailer said it plans to open more than 100 smaller-format stores during the next four years. Kohl’s is currently testing the new format, which will average about 35,000 sq. ft., in the Seattle area, reported CNBC. (Most Kohl’s stores average roughly 80,000 sq. ft.)

The company also plans to roll out a self-service buy online, pickup in store option  to all stores in 2022. And it will continue to test self-service returns and check-out options.

In other initiatives, Kohl’s is looking to grow its Sephora business to more than $2 billion in annual sales. In February, the company said it plans to add 400 Sephora at Kohl’s shops in 2022. There are currently 200 Sephora at Kohl’s locations, with a goal of 850 shops by 2023.

Kohl’s also said it plans to keep growing its active and casual apparel categories and to significantly grow its women’s dress business, while also expanding outdoor and swimwear, and expanding its selection of inclusive sizes. It also plans to introduce a co-branded credit card in 2023.

FINANCIAL TARGETS
Long-term, Kohl’s said it aims to deliver low-single digits percent sales growth and operating margins of between 7% and 8% annually. It also is targeting per-share earnings growth of a mid-to-high single-digit percentage and operating cash flow of over $5.5 billion, with roughly $2.5 billion of free cash flow between 2022 to 2024.

Kohl’s is under pressure from activist investor Macellum Advisors, which is looking to take control of the department store retailer’s board. The company has criticized Kohl’s in recent years for not performing as well as it could and wants it to explore a sale. In February, Kohl’s said it would reject the takeover offers it received and adopted a shareholder rights plan, commonly knowns as a “poison pill,” to avert a hostile takeover of its business.

On Friday, Macellum described Kohl’s fourth-quarter results as “disappointing” and once again criticized the company’s current board of directors. Kohl’s total revenue in fiscal 2021 rose to $19.4 billion from $16 billion a year earlier.

“The initiatives we are announcing today, including plans to drive the Sephora business to $2 billion, are further positioning us for long-term value creation,” she said.