KFC gets a bit edgier in the Bronx

KFC gets a bit edgier in the Bronx

The new design, by FRCH Nelson, is intended to reflect the borough’s bold, fast-paced eclecticism. Upon arrival, customers are greeted by a larger-than-life Colonel Sanders wood focal wall and signage featuring the brand’s iconic “it’s finger-lickin’ good” tagline. A brick accent wall brings in a piece of the Bronx’s grit and serves as a backdrop for KFC’s signature bold red stripes, a colorful beacon visible from both inside and outside.

Seating arrangements and ordering options complement the on-the-go mentality of New Yorkers. The restaurant offers bar seating for solo diners and a designated pick-up area for mobile and to-go orders.

The overall aesthetic reflects a playful juxtaposition between Colonel Sanders-inspired hospitality and the energetic hustle and bustle of the Bronx. This idea is balanced by the mix of materials and finishes throughout the space, including the combination of warm wood accents and the wear and tear of exposed brick. In other parts of the restaurant, crisp kitchen tile is balanced with metal trim and exposed welds to contribute to a look of handmade craftsmanship.

“The Bronx neighborhood has a rich history and has seen a great deal of urban renewal in recent years,” said Lauren Moorehead, associate design manager of KFC, which has more than 23,000 restaurants in 140 countries and territories around the world and is a subsidiary of Yum! Brands.  “It is important for us to reach our customers where they are and through our work with FRCH Nelson we’ve been able to create our first urban inline design that makes our brand more accessible for residents of the Bronx community and nearby Fordham University.”

FRCH Nelson’s long-standing partnership with KFC also includes the collaboration and development of the American Showman restaurant design, which celebrates the legacy of Colonel Sanders. The design gives the brand a modern look that captures the Colonel’s vintage flavor, while marking a stark departure from the chain’s early décor, modeled on Sanders’ first restaurant which opened in 1952.

“For this new KFC, we had to evaluate the neighborhood to determine how to amplify our traditional American Showman KFC design,” said Marty McCauley, design director at FRCH Nelson. “We looked to go bigger and bolder to match the personality of the Bronx. “Working with a brand historically known for its southern hospitality, we created a design that maintained the iconic experience, but also looked to fold in a distinctly edgier attitude to deliver on the feistiness of what guests see from KFC in commercials and on social media.” 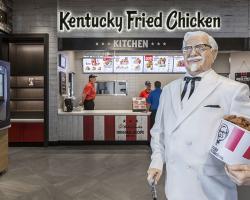 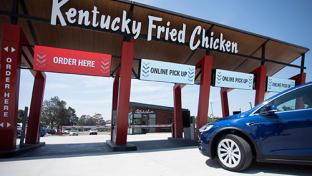 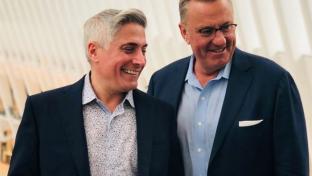 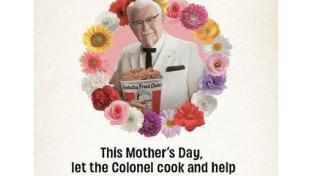