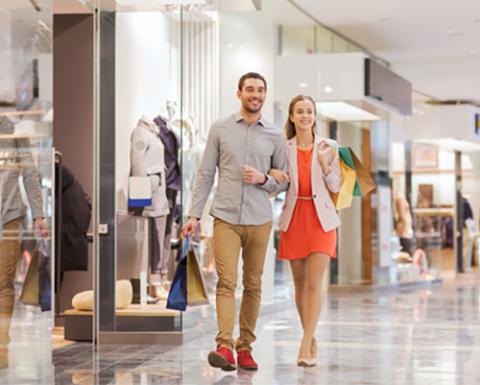 Retail property fundamentals remained rock-solid in the third quarter as retailers continues to open more stores than they closed.

That’s according to JLL’s Retail Outlook/Q3 2022, which found that vacancy fell from year-ago levels across all major markets except San Francisco. The year-over-year declines remain strongest in Sun Belt markets including Phoenix, Dallas and San Diego.

A similar pattern is evident in rent growth.  National retail rents rose 4.4% from the year-ago period, with almost all major metros are seeing gains, apart from San Francisco and New York, where rents fell 2.9% and 0.2% year-over-year, respectively.

There continues to be an uptick in experiential leases from the likes of fitness centers and entertainment concepts, JLL noted. After comprising 8% to 10% of retail leasing activity each year since 2015, experiential tenants now make up 15% of all leasing activity since the start of the year, particularly from tenants such Planet Fitness and Urban Air Adventure.

Leasing activity has also remained robust in recent quarters, surpassing 250 million square feet during the last 12 months.Leasing demand for medium and larger spaces was driven by discounters such as Dollar Tree and Dollar General’s Popshelf concept, as well as off-pricers such as TJ Maxx and Burlington.

Other highlights from the JLL report are below:

• The average lease size also fell during the quarter, dipping 5.9% to 3,203 sq. ft. The contraction has much to do with a burst of activity from small retailers, including quick-service restaurants such as Crumbl Cookies, Yum Brands and Starbucks as well as cellular retailers such as  T-Mobile, AT&T.

• Lifestyle centers are best performers in the mall category.

• Power centers saw their sixth consecutive quarter of positive net absorption at 2.1 million square feet, a 74% increase from the previous year, although down somewhat from the second quarter. The average size of signed leases fell almost 20% during the quarter, helped by inked deals from smaller tenants such as Tropical Smoothie, F45 Fitness and Crumbl Cookies.

• Multitenant retail capital market activity significantly outperformed relative to the rest of the market, bolstered by a handful of large transactions that closed in the early part of the third quarter.