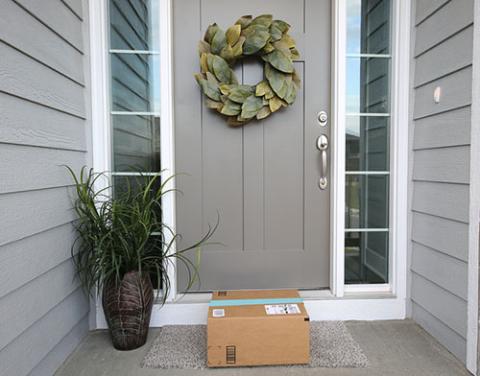 Increased e-commerce operations and the demand for home delivery are driving the need for expanded warehouse space across the United States.

“The pandemic accelerated demand for home deliveries,” JLL stated. “This year, logistics and parcel delivery [includes FedEx, UPS, USPS and DHL] has taken the number one spot—now making up nearly a fifth of all demand—as other industries (like traditional retailers and food and beverage) step into the home delivery game.”

Demand among mass merchandisers for warehouses will be the highest it has ever been, according to JLL’s 2021 Industrial Tenant Demand Study.

“There is a lot of pent-up demand in value retailers—companies like Walmart, Target, Big Lots, TJX and Costco are vying for warehouse space,” JLL stated in the report.

Three markets stood out in JLL’s analysis as see big increases in industrial demand, including Columbus, Ohio, where demand has “exploded.” Nearly half of the U.S. population is within one day’s drive time of the city.

“More and more 'out of market' developers are scouring the region for sites to develop,” the report said. “Part of the increase in demand is COVID-19-related, but there’s more going on. It’s more about the cost and logistical advantages of Columbus—you can reach almost half of the U.S. population within a day’s truck drive of Columbus.”

Other markets experiencing major increases include Tampa, where a tightening U.S. housing market is boosting the construction industry.

“Migration is playing a big role in some markets’ increased demand,” according to JLL. “Tampa is one of them. The metro is one of the top growth markets in terms of population over the past five years.”

Savannah, Georgia, is also experiencing a great uptick in tenant demand, which is tied to port activity. Savannah’s demand grew by nearly 10 million square feet from 2020 to 2021.

“As the Southern California ports experience unprecedented congestion, port markets like Savannah (alongside Houston in the South and Oakland and the Northwest Seaport Alliance up the West Coast) are seeing a surge in Industrial demand, as tenants set up warehouse and distribution space to receive more product from more varied seaport locations,” JLL explained.