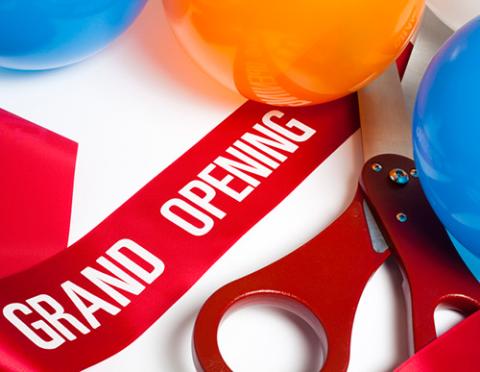 Aldi topped the list of new store openings by U.S. grocers in 2021.

Grocery retailers were among the biggest retailers winners of the pandemic.

Most grocery companies in the U.S. are in growth mode, evidenced by Datex reporting a 200% increase in new grocery leases in 2021, compared with the same period in 2019, noted JLL. Aldi was the most active grocer in 2019 and 2020, and its recent aggressive expansion ensured that 2021 was no different, the report said. The German discount grocer plans to open about 150 new stores by the end of 2022, making it the third-largest grocery retailer in the U.S. by store count, right after The Kroger and Walmart.

Other grocers that were in heavy expansion mode in 2021 include Publix, which added 1.3 million square feet of space in Florida, and Grocery Outlet, which opened just shy of 900,000 sq. ft., concentrated on the West Coast. Offering a 40% discount on items when compared with traditional grocers, Grocery Outlet plans to continue expanding, hoping to add an additional 28 stores by the end of 2022.

Food Lion, a subsidiary of Ahold Delhaize, also expanded its store count considerably last year. The bulk of its expansion was concentrated in Georgia and the Carolinas and came from the acquisition of 71 underperforming BI-LO and Harvey’s stores from Southeastern Grocers.

Lidl focused its expansion on the East Coast, opening 52 new stores since August 2020 to bring its total store count to 167. Sprouts added 20 additional locations across the United States.

According to JLL’s report, technological advancements in retail previously served as crucial differentiators, providing retailers the chance to set themselves apart from their competitors. However, now these advancements are a necessary measure for any retailer that aims to stay competitive.

The cashierless experience gained popularity among many grocers in 2021 when Amazon brought its “Just Walk Out” technology was brought to Amazon Fresh stores. The technology has since been deployed in two Whole Foods locations, in Washington, D.C., and Sherman Oaks, Calif.

In the U.K., several grocers have recently launched competing ‘walk out” stores. According to JLL research, Lidl debuted “Lidl Go” in its London stores, and Tesco soon followed at its GetGo location in central London. And Aldi opened its first cashierless store in Greenwich (just outside of London) earlier this year.

“The grocery sector in the year ahead will be one to watch as we expect increased competition from foreign grocery chains and restaurants, which will spur many grocers to invest in major in-store technology advancements,” said Naveen Jaggi, president of retail advisory services, JLL. “Grocery stores will be changing the way consumers shop and interact with products.”

“Most U.S. grocers capitalized on these gains by reinvesting into their businesses and are in growth mode. During the pandemic, consumers adopted the e-commerce grocery option, but now with widespread vaccine distribution influencing a renewed comfort surrounding in-store shopping, grocers will need to enhance their fulfillment operations and in-store technology to stay in the battle of the fast-growing grocery industry,” said James Cook, Director of Research, JLL.

According to JLL, the fastest-growing grocers in 2021 in terms of new square footage added were as follows: