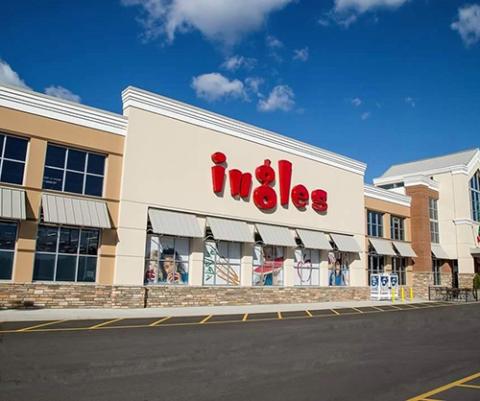 A Southeastern grocery chain is modernizing its technology infrastructure to enhance a range of store operations.

Ingles, which operates nearly 200 stores across six Southeastern states, is embarking on a major network upgrade that will enable new services like contactless ordering and curbside pick-up in some locations. The retailer began an upgrade and replacement of its previous infrastructure in 2019, swapping out existing access points (APs) with Aruba APs in its stores.

As store connectivity needs quickly progressed with more devices connecting, and new uses cases emerging, Ingles decided that upgrading to the full Aruba wireless infrastructure, as well as increasing the density, would help modernize and future-proof its network design. Because Aruba’s new generation of Wi-Fi 6 APs interoperated with the older models Ingles had deployed, upgrading the network became more simpler and more cost-effective than it would have been with other vendors that often require a “rip and replace” to upgrade.

Ingles began a network upgrade, installing additional Aruba Wi-Fi 5 and Wi-Fi 6 APs, access switches, and ClearPass Policy Manager for secure authentication of devices onto the wireless network. To date, Ingles has updated 10 of its 200 stores, keeping inventory systems online, enabling quick price updates for the stores’ meat, deli and produce scales, and ensuring that any additional Internet of Things (IoT) devices can be accommodated on the network without any sacrifice in performance.

The network overhaul has also allowed Ingles to begin offering curbside pick-up. To facilitate its “click and collect” fulfillment process, Ingles’ handheld devices, such as Zebra scanners used for ordering and fulfillment, must have reliable and continuous connectivity to keep curbside service running. With the additional performance and coverage provided its upgraded Aruba network, aided by the Aruba-Zebra strategic partnership that enables their solutions work seamlessly together, Ingles is now providing curbside service in four of its stores and expects to bring more stores online rapidly, given strong demand.

“We initially built our network to support limited wireless devices and didn’t anticipate some of the changes that our business would encounter,” said Marty Riedling, director of systems engineering for Ingles Markets. “With an increase in wireless IoT devices being used throughout our stores for inventory ordering and management, meat, deli and produce scales, and digital signage, it became clear that we had to build a more forward-looking foundation.”