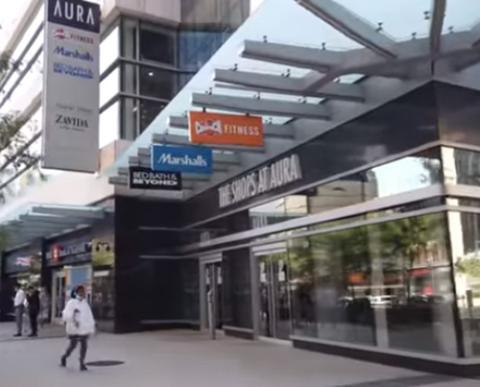 Ingka Centres will replace The Shops at Aura in downtown Toronto with an Ikea-anchored mall.

The Shops at Aura, a shopping mall in downtown Toronto that sorely lacks traffic, has taken lots of abuse from the Canadian press for under-delivering to its retail tenants. One of its gravest ills, apparently, is that most of its shops are situated below street level and yet are not connected to the PATH, Toronto’s 30-kilometer underground walkway. Oh, woe is retail thee.

But things are looking up for the site. Ingka Centre’s $8.6 billion worldwide effort to plant Ikea-anchored mall shopping centers in major cities chose its first American site in San Francisco last year and has now designated its first Canadian stop in Toronto. It announced last week that it had acquired the Aura Retail Podium and would re-develop the center around a small-format Ikea store.

“As one of the fastest-growing cities in North America with a vibrant and diverse community, Toronto was a natural choice for us to launch our first downtown store,” said Michael Ward, CEO of Ikea Canada.

With a population of more than 5.4 million, Toronto is also Canada’s largest city and follows Ingka’s plan to land in the biggest cities as soon as possible. The company, which like Ikea is a unit of the Sweden-based Ingka Group, has set its urban-center sights on New York, Chicago, and Los Angeles in the United States. Ikea opened a smaller format store in Queens last year, but in the existing Rego Center, not in a center of its own.

Ingka Centres owns and operates 45 shopping malls anchored by larger Ikea stores in Europe and Asia. The corporate name “Ingka” is derived from the initial letters in the name of Ikea’s founder, Ingvar Kamprad.