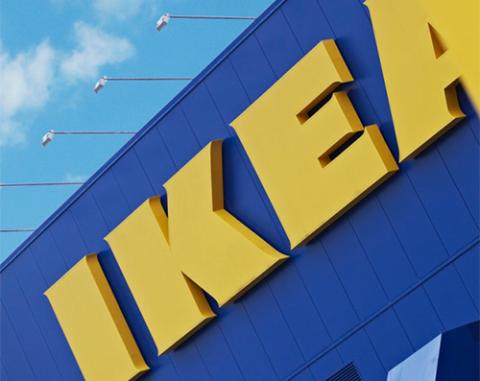 Ikea has temporarily closed its 17 stores in Russia and stopped sourcing in the country.

Three major global retailers have temporarily shuttered their doors in Russia amid the invasion of Ukraine.

Ikea, H&M and Mango have all temporarily closed their stores in Russia. Here is a rundown.

Ikea
Ikea, whose parent company Ingka Group is one of the largest mall operators in Russia, said it has decided to temporarily pause all retail and manufacturing operations in the country as well as trade with the country and its ally Belarus. (Ingka’s 14 "Mega" malls will continue operating to provide food, clothing and goods to Russians, the company said.)

Russia ranked as Ikea’s 10th-biggest market with retail sales of 1.6 billion euros ($1.8 billion), or 4% of total retail sales, in the company’s most recent fiscal year, which ended in August, according to Reuters. The company has 17 stores in the country.

In a statement, Ikea said the war has had a huge human impact already and is also resulting in serious disruptions to supply chain and trading conditions.

“The devastating war in Ukraine is a human tragedy, and our deepest empathy and concerns are with the millions of people impacted,” the company stated. “The immediate actions of Inter Ikea Group and Ingka Group have been to support the personal safety and security of Ikea co-workers and their families, and we will continue to do so.

Ikea produces chipboards and wood-based products at three sites in Russia, and has around 50 direct suppliers in the country that produce a wide range of goods, Reuters reported. (The bulk of products made in Russia are sold in Russia.)

Ikea said 15,000 of its workers would be directly affected by the shutdown in the region. The company said that, for the “immediate future,” it has secured employment and income stability for the workers and will provide support to them and their families in the region.

H&M
H&M Group’s approximate 168 stores in Russia have gone dark. In a statement, the Sweden-based apparel giant said it cares for all colleagues and joins all those around the world who are calling for peace.

“H&M Group is deeply concerned about the tragic developments in Ukraine and stand with all the people who are suffering,” the company said in a statement.

Mango
Mango has temporarily closed its 55 company-owned stores in Russia (and its online platform) and has stopped deliveries to the country.  The Spanish retailer made a donation of to the International Red Cross and Red Crescent Movement, which has already provided assistance to people affected by almost eight years of conflict in the Donbas region of Ukraine, the company said in a statement. Mango is also donating clothes and working with organizations to distribute them to refugees.

“All of us at Mango feel very close to all of those who are suffering during this moment of uncertainty,” the company said in its statement. “For this reason, with sadness and concern, we are following the evolution of the geopolitical situation minute by minute, focusing our efforts on looking after our teams and customers."