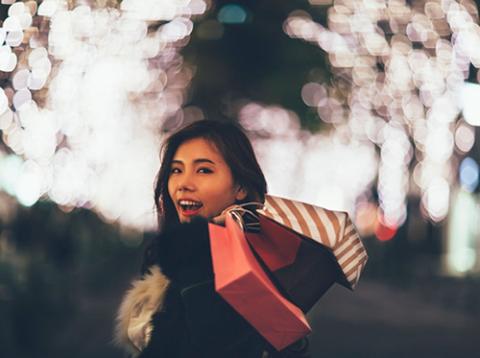 Most Thanksgiving Weekend shoppers say they plan to visit a physical store.

Consumers are ready to shop over Thanksgiving weekend — particularly in physical stores.

That’s according to the ICSC Thanksgiving Weekend Intentions survey, which found that consumers plan to spend a total of $125 billion over Thanksgiving weekend, which represents a 10% increase over 2021. On average, 89% of consumers expect to shop in the period beginning Thanksgiving Day and ending on Cyber Monday, despite concerns around inflation and rising interest rates.

When deciding where to shop, 63% of consumers cited price and value — the most influential factor by a wide margin. And, as fewer retailers open their doors on Thanksgiving Day, only 54% of respondents say they’ll shop on the holiday. Nearly eight in 10 consumers will shop on Black Friday and Cyber Monday. Of those planning to shop on Black Friday, 64% say they’ll visit a physical store.

Other findings from the ISCS study:

• More than three-quarters of respondents say they’ll visit a retail center throughout the five-day period; in that group, shopping (59%) and dining (48%) were the top activities, while other reasons for visiting include seeing a movie (29%), attend holiday-themed events (21%) or take a child to visit Santa (15%).

• Eighty-one percent say that rising interest rates are likely to impact their shopping behaviors or payment methods during Thanksgiving weekend, saying they’ll cut back on overall spending (37%), defer to using a debit card (37%), use the cash more than usual (31%) or take advantage of “buy now, pay later” options (23%).

• Sixty-one percent agree that higher prices make Thanksgiving Weekend’s deals and discounts all the more influential on their purchasing decisions — taking advantage of deals and discounts were the top-cited reason (58%) for shopping during the weekend.

“While high inflation and rising rates may impact how consumers spend this holiday weekend, it’s clear that they do intend to spend on Black Friday and beyond,” said Tom McGee, president and CEO of ICSC. “The earlier start to the holiday season this year hasn’t dampened enthusiasm for traditional milestones like Black Friday and Cyber Monday, and we anticipate consumers will increase spending compared to last year across the holiday weekend.”

“We’re continuing to see an evolution and a more regular cadence of sales and promotional events throughout the holiday season – and increasingly earlier in the year,” added McGee. “Consumers are taking notice; two-thirds are placing less emphasis on specific deal events like Black Friday, and 38 percent cited an earlier start to shopping as a reason for that shift. Nonetheless, shoppers are still prioritizing deals in the current economic environment, and that includes Thanksgiving Weekend.”