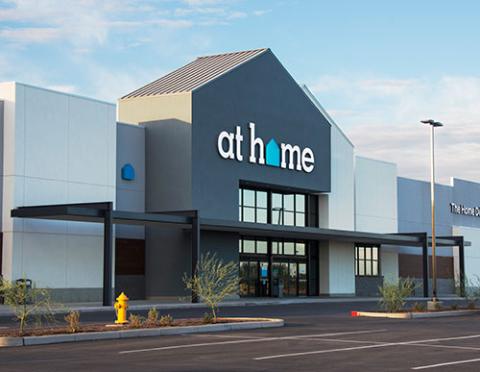 At Home’s national expansion continues — including in New York City.

The value home décor retailer opened three new locations in April, for a total of 246 stores in 46 states. At Home has said it sees the long-term potential of operating 600-plus stores in the United States.

The April openings included At Home’s second location in New York City, in the Bronx. The retailer made its New York City debut in April 2021, in Queens. At Home also opened a store in Bohemia, N.Y., and Shrewsbury, Mass., in April

At Home stores about 100,000 sq. ft. and sell up to 45,000 home décor items, from furniture, rugs, wall art and housewares to tabletop, patio and holiday décor. The company was acquired in July 2021 by private-equity firm Hellman & Friedman in an all-cash transaction valued at $2.8 billion.