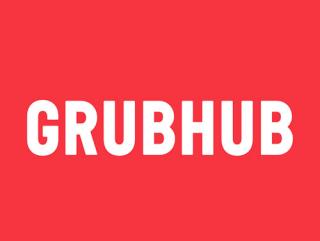 The Dutch food delivery company has agreed to buy Grubhub for $7.3 billion. In the all-stock deal, Just Eat Takeway said it would value Grubhub at $75.15 per share, a 27% premium to Grubhub’s closing price of $59.05. The merger will create the world’s largest online food delivery company outside of China, with operations in 25 countries including the U.S. and Canada. The four countries generating the new company’s largest share of profits will be the U.S., U.K., Netherlands and Germany.

According to data from Edison Trends, as of April 2020, Grubhub holds the third-largest market share of on-demand food delivery transactions in the U.S., trailing Uber Eats and DoorDash. However, Grubhub customers spend the highest average price per transaction at $41. Grubhub partners with more than 140,000 restaurants in over 2,700 U.S. cities. Just Takeaway.com believes the U.S. food delivery market is “underpenetrated.”

Grubhub and Uber Eats had been engaged in periodic merger negotiations for over a year. However, concerns over possible antitrust issues prevented the two companies from reaching a deal. The Just Takeway.com-Grubhub merger is not expected to raise serious regulatory issues in either the U.S. or European Union.

On completion, Matt Maloney, CEO and founder of Grubhub, will join the Just Eat Takeaway management board and will lead the combined company’s businesses across North America. The transaction is subject to the approval of both Just Eat Takeaway's and Grubhub’s shareholders, as well as regulatory approval in the U.S. and Europe. Completion of the transaction is anticipated to occur in the first quarter of 2021.

"This merger makes sense since delivery has always been built on the ability to scale resources," said Forrester VP and principal analyst Brendan Witcher. "From UPS to FTD to these food delivery companies; volume has always been key. This brings that element into a larger organization, where it can become more relevant and use resources more efficiently."

The company will be headquartered and based in Amsterdam, the Netherlands, with its North American headquarters in Chicago and a significant presence in the U.K.

“I am excited that we can create the world’s largest food delivery business outside China,” said Jitse Groen, CEO and founder of Just Eat Takeaway. “We look forward to welcoming Matt and his team to our company and working with them in the future.”

“When Grubhub and Seamless were founded, the online takeout industry didn’t exist in the U.S.,” said Matt Maloney. “My vision was to transform the delivery and pick-up ordering experience. Combining the companies that started it all will mean that two trailblazing start-ups have become a clear global leader. We share a focus on a hybrid model that places extra value on volume at independent restaurants, driving profitable growth.”