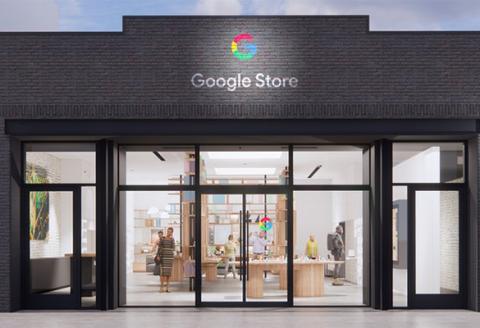 Google will open its second permanent store on June 16, in Brooklyn.

Google is taking another dive into brick-and-mortar.

The tech giant will open its second physical store, a location in the Williamsburg section of Brooklyn, N.Y. The new outpost opens on June 16, one year to the day that Google unveiled its first-ever permanent store, a big flagship in Manhattan’s Chelsea neighborhood.

In a blog on its website, Google director of retail operations David Williams called the upcoming Google Store the first of its “neighborhood stores.” It will offer similar hands-on experiences with Google products and services as the Chelsea flagship, “but in a more intimate setting that celebrates the unique neighborhood we’re in,” he added.

The Brooklyn location will feature an upfront installation by Brooklyn-based artist Olalekan Jeyifous, whose work examines the relationships between architecture, community and the environment, Williams said. The store will also host local events to celebrate Brooklyn, including guided walks around the neighborhood where customers can try out Pixel photography features.

A “Here to Help” desk will be located underneath the art installation.

“Our Chelsea flagship store visitors have told us they appreciate getting support, like Pixel phone repairs, directly from Google experts — so we’re bringing this to the Google Store Williamsburg, too,” said Williams.

Customers will have the opportunity to picture everyday life with Google products through interactive displays that show how its hardware and services work together. An area with seating will serve as a space for local events and workshops.

Similar to the Google flagship, customers can find products at the “Grab & Go” wall. They can also pick up a an order at the store that was placed with the company’s online site.

Earlier this month, Meta (formerly known as Facebook) opened its first brick-and-mortar space, on the company’s campus in Burlingame, Calif.