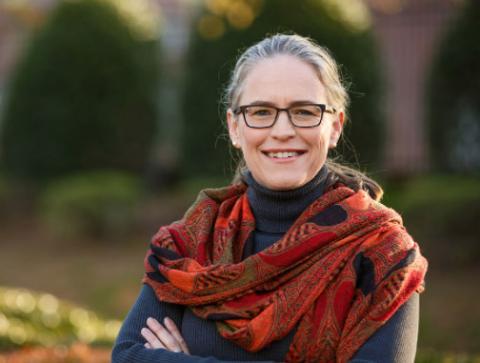 Rep. Carolyn Bourdeaux is the author of The Greater Revitalization of Shopping Centers Act of 2021.

A congresswoman representing a suburban Atlanta district has introduced a bill that would help communities redevelop failing malls—such as the Gwinnett Place Mall in Georgia that was purchased by DeKalb Count for $23 million this year.

Rep. Carolyn Bourdeaux is the author of The Greater Revitalization of Shopping Centers Act of 2021, a bill that would authorize $50 million in grant subsidies over the next two years to help spur redevelopment of failing centers or ones with high vacancy rates.

“It is my hope that it will provide communities with the resources they need to jumpstart successful developments on these sites,” said Bourdeaux at a press conference at the idled Gwinnett Place.

Bourdeaux used Emory Healthcare’s new center in the former Sears space at Northlake Mall in DeKalb County as an example of the kind of repurposing that her bill could help enable. However, the proposed legislation would also support mixed-use developments or expansions into office and residential space.

In January, Brookfield Property turned the deed of its 1.3 million-sq.-ft. North Point Mall in Alpharetta, Ga. over to its primary lender, New York Life, which hired Trademark Property to take over its management and redevelop it.

Meanwhile, North American Properties’ mixed-use centers such as Atlantic Station in Atlanta and Avalon in Alpharetta have succeeded in drawing more traffic than enclosed malls in the area by serving those properties’ residents and hotel guests in the morning, its office workers at lunchtime, and everyone else with restaurants and events on nights and weekends.