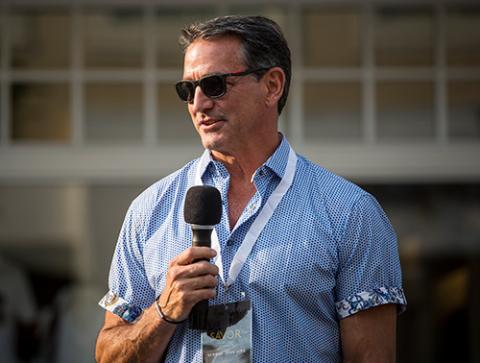 In 2014, North American Properties opened Avalon in Alpharetta, Ga. Since then, the retail scene northwest of Atlanta has not been the same. The project’s luxury apartments, scads of trendy eateries, and green spaces hosting two or more events a week overnight became the place to be. According to Placer.ai, Avalon outdrew Lenox Square, North Point Mall, and Perimeter Mall in traffic from March to November in 2020. Simon put the Town Center at Cobb mall up for auction and didn’t receive a bid. As owners of enclosed shopping centers now endeavor to re-invent themselves, Avalon has become one of their blueprints. We got on the phone with NAP’s chairman of the board, Mark Toro, to hear what he thought about the current state of physical retail and what it should become.

The pandemic forced a lot of change in the enclosed mall sector. A lot of closures, a lot of redevelopments, a lot of loan defaults. What’s their future?
They are products of the Eighties and Nineties and have outlived their time. You’ll notice that mall guys never use the word “mall” anymore. It’s a four-letter word. When we developed Avalon, we took a dozen or more tenants out of North Point Mall. If you look at the Placer.ai numbers, 350,000 more people visited Avalon last year than visited Lenox Square Mall, the Southeast’s most productive mall, and Lenox is three times the size of Avalon.

Mark, your traffic at Avalon was pretty high during the pandemic, yes? Why? Did you take any special precautions or provide any special services?
First off, we engaged in a dialog with our community. We reached out and engaged them in a conversation about what they wanted. We put together a set of protocols and devised a program called “Better Together” and put it in place at all our properties. We are in constant communication with our communities. At Avalon, our social media platform is very active, and our concierges have lots of face-to-face conversations with tenants and visitors. Our goal was to lead our community out of isolation and allow them to commune in a place that was safe. We had drive-in concerts and the first one sold out in 24 hours. Many of our restaurants have patio seating.

Eleven new tenants signed leases at Avalon during the pandemic. Give me your evaluation of the different ways retail chains began looking at their store portfolios last year.
They were essentially looking at their sales per square foot and what the sales per square foot were in Avalon. One of our stores was actually on pace with 2019 and doing about $2,000 per square foot. Two of our restaurants were on pace with ’19--though the average at our restaurants was down 25%. The reason we saw so much leasing activity last year was that the retailers who sat on the sidelines during the first generation at Avalon concluded that this is where they needed to be to do big sales.

Brookfield gave North Point Mall in Alpharetta back to its lenders, who’ve hired Trademark to turn it into a mixed-use center. Did the arrival of Avalon change the game for retail centers in the Atlanta Metro before COVID-19 arrived?
There are a number of retail brands that became less relevant before COVID arrived. Brooks Brothers closed here and their replacement is a big win for Avalon. We are seeing tenants that are first-to-market in this metro come to Avalon. It used to be you had to go to Lenox Square. At first, True Food Kitchen went to Lenox Square, then they came here and are now doing better here than they are in Buckhead. Nationals and locals now know this is the place to be in Atlanta. Chanel Beauty opened one of the region’s first locations at Avalon. Those are the types of brands we’re getting interest from.

What are some of your plans for 2021?
We entered into a joint venture to acquire Birkdale Village in Huntersville, North Carolina, with Nuveen. It’s a mixed-use property smaller in scale than Avalon, but similar in design. Has great bones but lacks The Avalon Experience. A lot of what we provide in that experience is about operational excellence. We’ll do 100 events there in the first year, adding concierge and valet. At Avalon, we do 200 events a year and engage our community with services akin to a five-star resort.