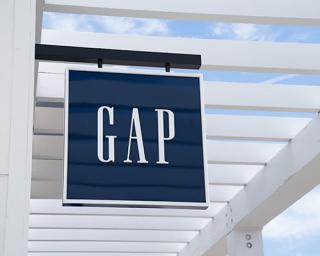 Similar to many other retailers, Gap is feeling the impact of softening consumer demand due to inflation, which is taking a particular toll on lower-income customers, elevated inventory levels and economic uncertaintly. The retailer is also dealing with shifting consumer trends that favor dressing up over the more casual and active styles offered by its  namesake, Old Navy and Athleta brands.

In addition, Gap is searching for a new CEO following the abrupt departureof Sonia Syngal in July.

“We believe these are the right initial steps to position Gap Inc. back on its path toward growth, margin expansion, and delivering value for our shareholders over the long term,” said Katrina O’Connell, executive VP and CFO, Gap Inc.

Gap said it was withdrawing its prior fiscal 2022 outlook given the actions the company has underway, the CEO transition and the “uncertain macro-environment.”

The company also reported an operating loss of $28 million compared to an operating gain of $409 million in last year’s quarter.

Other division results are below.

“Gap Inc.’s iconic brands, powerful assets, well-established values and scaled omni-platform are central to our strategic direction,” stated said executive chairman Bob Martin, who is acting as interim CEO.  “Our team has the capabilities to deliver what our customers, and our shareholders, expect -- what’s needed for profitable growth. Importantly, as we adopt behaviors that enable sustainable change, I’m confident we will unleash our potential and drive value creation over the long term.”

Gap ended the quarter with 3,390 store locations in more than 40 countries, of which 2,799 were company-operated.