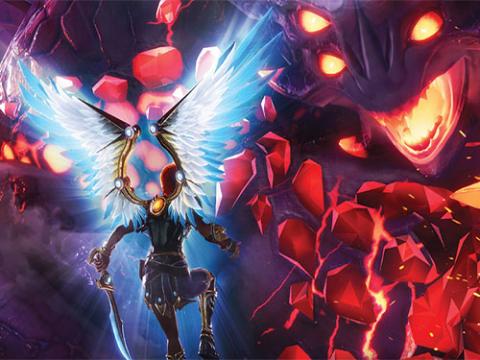 GameStop is the newest retail player in the burgeoning non-fungible token (NFT) space.

The video game retailer, which initially announced its plans to launch an NFT marketplace in February 2022, is now live with a beta version of an online platform where consumers and creators can buy, sell and trade NFTs, which are unique digital assets stored on a blockchain ledger that certifies the owner. There is no way for an NFT to have more than one owner, and only the certified owner can sell it.

GameStop’s new NFT marketplace nft.gamestop.comis a non-custodial, Ethereum Layer 2 blockchain-based platform that enables users to own their digital assets, which are represented and secured on the blockchain. The marketplace also allows users to connect to their own digital asset wallets such as the recently launched GameStop Wallet.

Over time, GameStop says its NFT marketplace will expand functionality to encompass additional categories such as Web3 gaming, more creators, and other Ethereum environments.

Previously, GameStop said it would use the Immutable X liquidity platform to launch its NFT marketplace. By building on the Immutable X protocol, which is based on the Ethereum Layer 2 open-source blockchain protocol, the retailer intends to enable faster, more affordable, carbon-neutral, and nearly limitless transactions on its NFT marketplace, which was built for launching gaming developer-focused NFT projects.

The Immutable X platform is built using the StarkWare StarkEx zero-knowledge proof technology, which rolls up hundreds of thousands of transactions into one Ethereum transaction while enabling GameStop to secure customers’ digital assets directly on Ethereum. Any carbon footprint is then offset with certified climate-conscious partners Trace and Cool Effect.

Immutable and GameStop are also creating an up to $100 million fund dedicated to providing grants to game developers and studios to build on Immutable X and the retailer’s NFT marketplace. The GameStop NFT marketplace will create opportunities for developers to create in-game, carbon-neutral economies in which gamers can buy, sell and trade in-game assets (such as digital real estate, swords, and skins).

GameStop may view NFTs as a way to create new revenue streams, relieve supply chain and inventory pressures, and increase its stock value. The videogame and electronics retailer lost $158 million, or $2.08 a share, in the quarter ended April 30, compared with a loss of $67 million, or $1.01 a share, in the year-ago quarter. Sales rose to $1.38 billion, compared to $1.27 billion last year.

And in a March 2022 earnings call, GameStop CEO Matt Furlong said the company is still in the initial stages of turning itself into a “customer-obsessed technology company.” He told analysts that GameStop had become such a cyclical business and so capital-starved “that we have had to rebuild it from within.”

“We’ve also had to change the way we assess revenue opportunities by starting to embrace, rather than run from, the new frontiers of gaming,” he said.