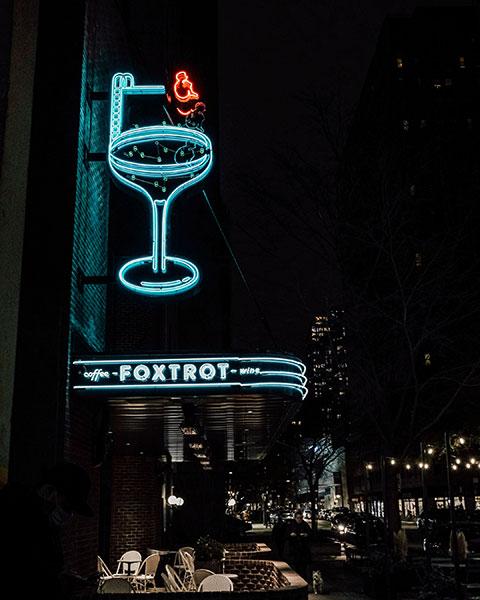 Flush with new capital, Foxtrot Market plans to open 50 new stores in the next two years.

Foxtrot, which describes itself as the “convenience store of the future,” announced $100 million in Series C funding led by D1 Capital Partners, bringing the company’s total funding to $160 million.

Foxtrot will open 25 new stores in 2022, including the brand’s entrance into Boston's Back Bay neighborhood and its debut in Austin, Texas, with two stores (on South First and The Drag.) Additional openings include three locations in Chicago, in the city’s Willis Tower, Tribune Tower and near Wrigley Field.

In 2023 and beyond, Foxtrot will continue expanding to additional markets such as New York, Nashville and Miami. It will also grow its presence in current regions.

Foxtrot said it will also focus on scaling its merchandising model, which looks to combine the best of local artisans with core pantry essentials, favorite treats and hand-picked wines, spirits and local beers. Driven by customer demand, Foxtrot is also investing in a deeper private label assortment around meal-times, doubling down on its core offerings of coffee, ready-to-eat cafe meals and wine, all optimized for both delivery and pickup.

Foxtrot’s branded and created labels currently account for nearly 30% of all retail offerings, and nearly half of all brick and mortar and online sales. During the next year, Foxtrot plans to create and launch roughly 200 new private label SKUs.

Founded by Mike LaVitola and Taylor Bloom in 2014, Foxtrot seeks to modernize the neighborhood corner store experience by creating a digital-first e-commerce platform paired with a retail experience that fulfills daily needs alongside new, trending brands from around the world.  Launching first as a digital-only delivery service, the brandhas since opened 16 physical stores across Chicago, Dallas and Washington, D.C., each offering rapid, on-demand delivery and five-minute pickup. It also introduced a national shipping platform, called Foxtrot Anywhere, and pioneered technology to support its omnichannel operating model.

Leveraging its retail stores as delivery hubs.  Foxtrot will invest in logistics technology to power 30-minute delivery while optimizing store designs and UX design for five-minute in-store pick up.

"With this new round of funding, we'll continue to accelerate the expansion of our brick-and-mortar presence, enter new and emerging markets and double down on new store formats that answer consumer demand for immersive programming and highly curated assortment,” said CEO LaVitola. “Our investments in technology will enhance our retail experience and drive omnichannel growth. We look forward to bringing Foxtrot to new neighborhoods, and highlighting the small makers that make our industry so exciting."

"Foxtrot's track record for creating neighborhood spaces that drive repeat visits and habitual purchase has made it a clear leader in trend prediction and understanding what the future of retail will look like," said Jared Stein, co-founder of Monogram Capital and Foxtrot board member. "As Foxtrot expands its omnichannel footprint, the potential for scale on a national level is limitless as the brand looks to reimagine what convenience means to today's consumer."