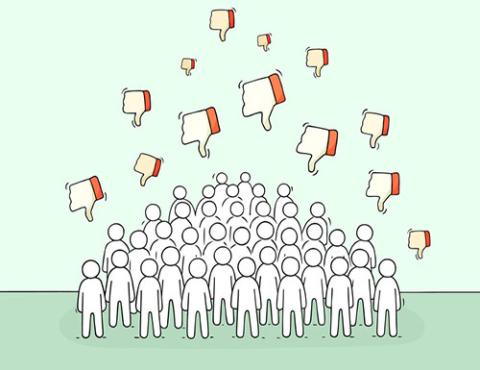 Pandemic and politics are causing a big spike in company boycotts.

Consumers who feel that a company is behaving wrongly are increasingly willing to express their disapproval by withholding their dollars, according to a new report by CompareCards.

The report found that 38% of Americans – and more than half of Gen Z and millennials – are currently boycotting at least one company. That’s up from January 2019 when 26% of consumers were boycotting one or more companies.

The pandemic, coupled with recent protests against social injustice, has caused many consumers to scrutinize the way a company operates and change their spending habits accordingly, from shunning businesses who don't treat their employees fairly to prioritizing the purchasing of Black-owned brands, reported CompareCards.

At the same time, 16% are withholding dollars from businesses that don't require shoppers to wear masks. But 15% are boycotting places that do require patrons to don face coverings.

Here are the highlights from the report.
•     Nearly a quarter (23%) of boycotting consumers said the company they're refusing to patronize has been accused of racism. A similar number of consumers said the diversity of a company's executive suite factors into their decision to spend money with that company.

•    Likelihood to boycott decreases with age. About half of Gen Z (51%) and millennials (52%) are currently boycotting at least one company, but that number drops slightly for Gen X (37%) and greatly for baby boomers (22%) and the silent generation (16%).

•    More than half (53%) of Americans said they're more likely to buy from a company that gives to charities or is associated with causes they believe in. And, 41% said they would cut ties with their favorite retailer if it publicly supported something or someone they strongly disagreed with.

“America is as polarized and politicized as it has ever been, and Americans often want to make a statement with what they watch, where they go and who they listen to," said Matt Schulz, chief credit analyst for CompareCards. “Millions of Americans are simply no longer willing to support a business that doesn't align with their values. We're a divided country in so many ways and people seem to be becoming more emboldened in their beliefs and more willing to use their wallets to express them.”