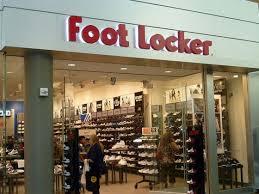 Foot Locker Inc. has adopted a short-term shareholder rights plan after a private equity firm controlled by a Czech billionaire upped his stake.

The plan, also referred to as a poison pill, was adopted by the athletic footwear and apparel retailer after Vesa Equity Investment acquired an additional 153,730 shares of Foot Locker’s common stock, giving it a 12.2% stake in the company.

Vesa, controlled by Daniel Kretinsky, recently took a 3.0% stake in U.K. retailer Sainsbury’s. The firm’s portfolio of retail investments also includes German retailer Metro and the French supermarket chain Casino. Vesa has received clearance to acquire as much as half of Foot Locker's common stock under the Hart-Scott-Rodino Act.

Foot Locker is coming off a strong third quarter https://chainstoreage.com/foot-locker-smashes-profit-sales-estimates-temporary-store-closures-resume, during which it delivered strong top- and bottom-line growth,  with profit and same-store sales blew past expectations.

“The board believes that the rights plan provides the board with sufficient time to make informed judgments that are in the best interests of shareholders, while it continues to oversee the execution of the company's strategic plan to drive long-term growth, profitability, and shareholder value,” Foot Locker stated. “The rights plan has not been adopted in response to any specific proposal and is not intended to prevent or deter any action or offer that the board determines to be in the best interests of shareholders.”

The one-year plan expires on Dec. 7, 2021, or can be terminated beforehand.

As of Oct. 31, Foot Locker operated 3,032 stores in 27 countries in North America, Europe, Asia, Australia, and New Zealand. In addition, 126 franchised Foot Locker stores were operating in the Middle East.