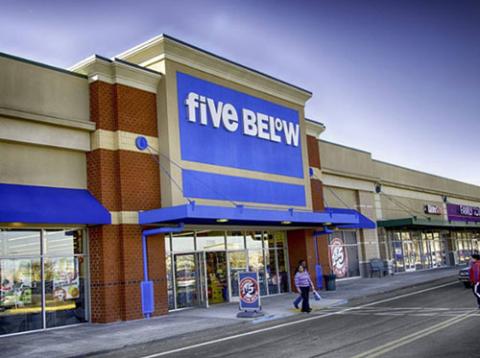 New store openings will remain a priority for Five Below this year.

The tween and teen value-oriented retailer reported Monday that it will open 180 new stores in 2020, up from roughly 150 locations in fiscal 2019.  The expansion for 2020 translates to 20% unit growth, according to Five Below, which currently has 900 stores in 36 states.

Five Below plans to add a Ten Below zone in the majority of its new stores as well as its remodels. The department, as previously reported https://chainstoreage.com/five-below-isnt-all-anymore-some-prices-rise, marks a break from the retailer's designed price strategy (everything priced at $5 and under) by featuring goods priced from $6 to $10.

The company also announced that it has acquired the e-commerce platform, fulfillment operation and certain other assets of Hollar.com in a move to expand its digital capabilities.