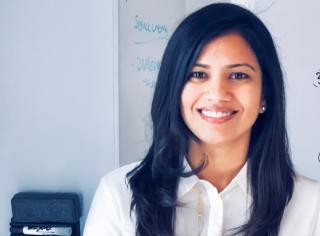 We’ve all been there. We open our account statement only to find a transaction we don’t recognize from a merchant we don’t remember.

You dispute the transaction, setting in motion a dispute resolution process that is earmarked as fraud.  This dispute results in a “chargeback,” where the consumer requests their funds back for a transaction they don’t recognize.

Even though many of these transactions are the result of an honest mistake on the part of the cardholder – such as an unrecognized gaming purchase to a forgotten recurring subscription purchase, or a delivery order from your neighborhood restaurant that shows up as something unrecognizable – consumers often receive their money back and merchants are victim to an invalid dispute chargeback transaction.

These unrecognized transactions fall under the financial loss umbrella of “first party misuse.” Other types of first party misuse include buyer’s remorse, financial hardship and purposeful fraud. We sometimes also refer to this as “friendly fraud” – fraud that isn’t from a master criminal, but rather just because we were caught off guard.

Accelerated by the global pandemic, first party misuse has grown significantly during the pandemic as e-commerce shopping flourished. Despite commonly being referred to as friendly fraud, for merchants, first party misuse, is anything but amicable or beneficial. It can have negative ramifications impacting all parts of our payments ecosystem.

A recent report published by Cybersource found that first party misuse has become the top form of e-commerce fraud, up from the fifth-leading contributor only two years earlier. The report states that 39% of all merchants have been victim of first party misuse and 1.2% of all e-commerce sales are in this category.

In many cases, the victims are small businesses like restaurants that have pivoted to online delivery or curb side pickup as a result of social distancing restrictions brought about by COVID-19.

However, or wherever the fraud was perpetrated, the buck stops primarily with the merchant who must absorb most of the losses. That said, these costs are ultimately borne by consumers in the form of increased cost of goods and services, as well as higher fees and interest rates.

Additionally, ensuring merchant groups are taking preventative measures to discourage online transactions being falsely reported as fraud will be critical. Such measures can include:

Overall, promoting information capture and sharing among merchants and financial institutions is the single best way to fight first party misuse once it has occurred, as it arms issuers with evidence for resolving disputes.

Without question, the migration from cash to digital payments has been beneficial for merchants, financial institutions and consumers. Channels like e-commerce made it possible for merchants to keep the lights on during the pandemic – and this trend is here to stay for businesses large and small.

If we are to truly expand access to digital money movement in order to lift up everyone, everywhere, we must protect the livelihoods of merchant partners amid the rapid adoption of e-commerce capabilities.