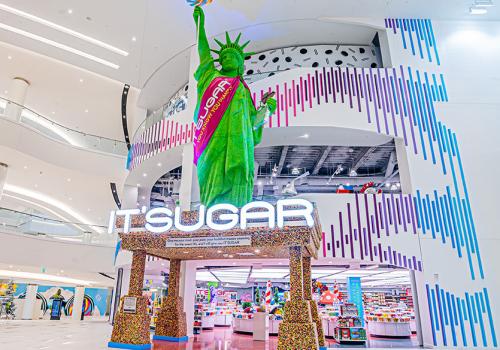 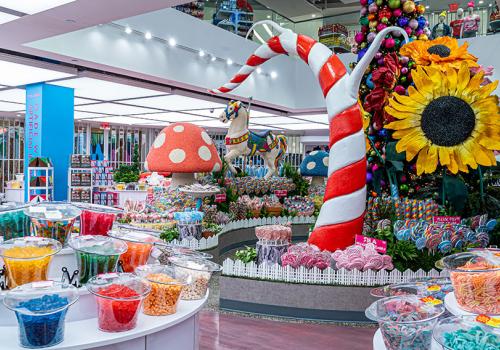 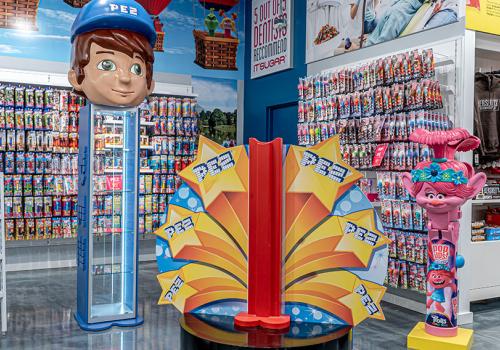 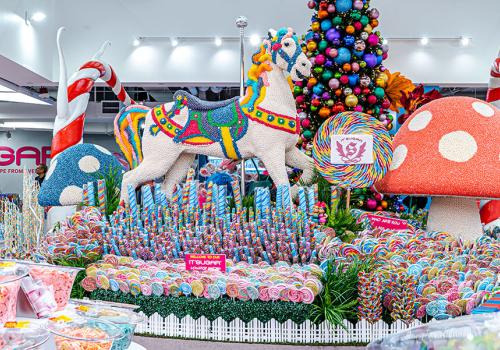 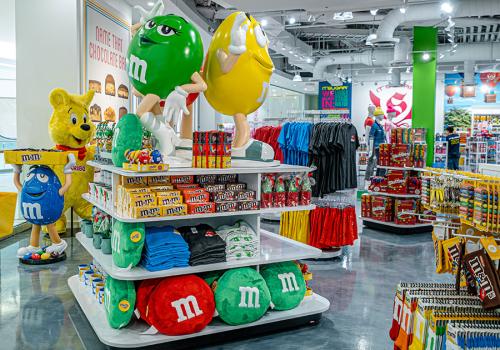 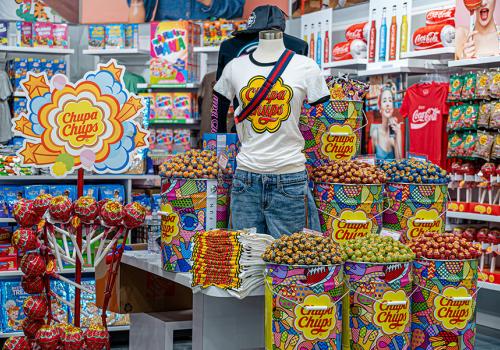 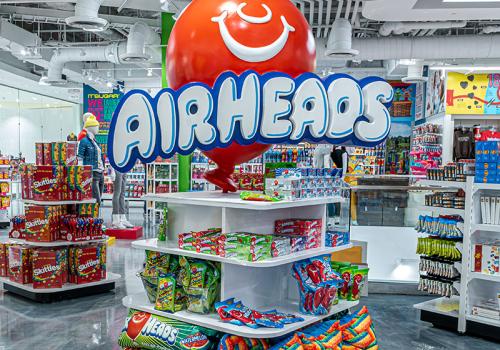 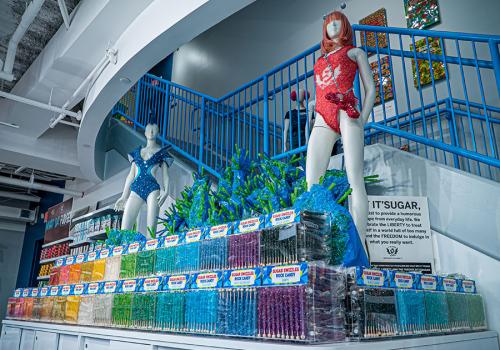 It’Sugar has opened what it calls the “world’s first department store of candy” at American Dream, the new 3 million-sq.-ft. mega-retail and entertainment center in East Rutherford, N.J. A three-story-tall replica of the Statue of Liberty covered in more than 1.5 million Jelly Belly beans stands guard outside the entrance of the three-level, 22,000-sq.-ft. store.

On the inside, shoppers can explore the first floor’s centerpiece, an immersive lollipop garden filled with nearly ten-thousand lollipops. Some 5,000 sq. ft. of candy bins housing an endless variety of sweets surround the garden. The second floor is home to dozens of branded shops, including Sour Patch Kids, Nerds, Starburst, Reese’s and others.

An Oreo café concept called Oreo TWISTiD, will open on the third floor in the spring.  The café, which will overlook the center’s entertainment atrium, will provide patrons with views of the DreamWorks Water Park and Nickelodeon Universe Theme Park.

“Creating a candy department store has been a long-time dream of mine,” said Jeff Rubin, founder and CEO of It’Sugar. “I’ve been thinking about this concept for over 25 years and our It’Sugar team is thrilled to partner with American Dream to make it a reality.”

It’Sugar, which was founded by Rubin in 2006, operates more than 100 stores across the U.S.