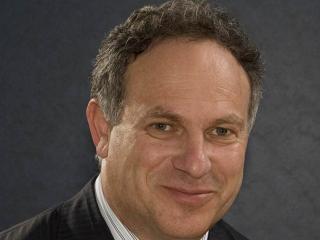 For as long as we can remember, the retail economic operating model was well-understood and relatively predictable, with total retail sales predominantly made through brick-and-mortar stores.

Retail was essentially a fixed-cost business, with the possible exception for some retailers who used a commission sales force. But even that expense line item could be easily forecast.

Retailers increased sales and earnings by adding store-count as new malls opened. Store traffic was relatively stable and could be forecasted with relative ease based on mall traffic expectations based on similar existing malls in similar demographics.

All of this changed with the emergence of the Digital era and the digitally-native consumer. Whereas retail results typically mirrored economic cycles, today retailers are faced with a permanent paradigm shift that is secular not cyclical and has had a profound impact on the traditional retail economic operating model.

Based on HRC Advisory’s primary research with dozens of large U.S. and Canadian retail chains, digital sales now account for as much as 15% and up to 40% or more of total retailer sales, with over 90% of those sales representing a channel shift from their brick-and-mortar stores for most retailers, rather than being incremental sales. Digital sales typically are only incremental to total sales if the retailer is taking market share from other retailers or if competitive retailers exit their markets through bankruptcy or store fleet downsizing.

The resultant and ongoing decline in store traffic has had a profound impact on the fixed-cost operating model, with numerous stores in the fleets now losing money or contributing much less or even little to corporate earnings. Many of these stores don’t justify the inventory investment and the capital to upgrade and bring the stores up to the current company and brand standard to keep attracting customers to their stores, which creates a self-fulfilling prophesy.

HRC Advisory’s research indicate that as much as 40% of retailer’s store fleets have experienced no remodels in more than 10 years, with it being as high as 60% or more for capital-constrained retailers. This is a worrisome statistic as fresh, more modern stores are important to keep attracting consumers and new staff to work in those stores.

Finally, the competitive set was well-established and was typically retailers going after the same demographics in the same malls. With the emergence of the digital era, competition is now coming from well beyond the mall, with Amazon taking literally tens of billions of additional sales volume from the traditional retail sector each and every year. Their most recent quarter was their lowest growth rate yet at “only 29%.” So, there is a double-whammy of retailers’ store sales moving to their own digital channels as well as massive shifts of market share to Amazon and other digitally-native retailers.

While there is lots of talk about looking at the consumer holistically rather than looking at it by channel and while we agree with this and that retailers should ensure a seamless customer experience between the digital and stores channel to get best results. However, the ultimate scorecard for Retailers’ shareholders is the Profit& Loss, which always reflects the financial reality of the same total sales being comprised of fixed-cost store sales plus variable cost digital sales.

Despite the above complexities, retailers do not have a choice. The consumer has changed permanently and has extremely high expectations and these must be met or exceeded to keep the customer engaged with them versus migrating to a competitor.

1. Understand how the changes to the digital era have impacted their economic model and why;

2. Forecast the future impact of the continued shift to digital from physical stores over the next 3-5 years and the resultant impact on their economic model. Key factors to be considered are store traffic trends, required spend on digital marketing, need for full inventory visibility, free returns, price-matching and free shipping policies and fulfilment needs and the relationship between digital and store sales on a market by market basis;

3. Develop the store real estate strategy given declining store profitability and the risk of certain malls declining or heading towards closure, versus others that continue to reflect store traffic growth. Determine the effect of continued de-leveraging of occupancy costs as store traffic and sales continue to decline;

4. Determine the implications on inventory management, shrink and markdowns of returns from digital sales, whether returned to the fulfilment center or to a store;

5. Determine the new or additional capabilities to be enabled to operate in the new environment, whether talent, technology, fulfilment, advanced analytics, improved inventory management and other;

6. Clarity over how the retailer will continue to remain relevant to a laser-focused customer and what the most important capabilities are to their target customer; and