GameStop wants to be a big player—in esports

GameStop wants to be a big player—in esports

GameStop is diving deeper into the fast-growing esports industry.

The world’s largest video game retailer on Wednesday announced a series of partnerships in the esport space. Esports, which involve live video game competitions, are growing at breakneck pace. Conservative estimates project that the global esports market will be a $1.5 billion industry by 2020.

The new GameStop initiatives include an alliance with Complexity Gaming, which is partially owned by Dallas Cowboys owner Jerry Jones and is of North America’s most established and successful esports teams, winning more than 140 championships in nearly 30 game titles over its 15-year history. In May, GameStop and Complexity Gaming will open the GameStop Performance Center, described as the most advanced esports facility in the country. It will serve as the new headquarters for Complexity Gaming and be located at The Star, a 91-acre sports and entertainment destination in Frisco, Texas.

The new, 11,000-sq.-ft. center will house a public gaming area for fans and sponsors, as well as performance training via data analytics, enhanced gaming equipment, a video studio and a merchandise wall. It will share a location with the Dallas Cowboys headquarters, making for seamless coordination and integration between the two organizations.

“We are aiming to become the unofficial pop warner league of esports where GameStop provides fun and unique cultural experiences for player development while preparing the next generation of professional gamers – it doesn’t get any better for amateurs of all ages looking to learn and compete at the highest level,” said Frank Hamlin, chief marketing officer for GameStop.

The GameStop Performance Center will serve as a training ground for gaming clinics and as a “premier” public headquarters where gamers can unite and share their passions for esports while celebrating their love for video games, according to GameStop. Complexity Gaming and GameStop will engage local fans through onsite events and globally via online content.

“The opening of the GameStop Performance Center represents Complexity’s vision to further professionalize the esports industry and leverage the learnings from the Dallas Cowboys who also call The Star home,” said Jason Lake, founder and CEO of Complexity Gaming. “We are creating a world-class facility that will engage fans both in person and online and positively impact the entire industry for decades to come.”

GameStop will also be collaborating with several high-profile esports teams and players to create original content by leveraging their love for gaming and expertise to help amateur gamers gain access to exclusive materials and experiential activities. The retailer is also partnering with the Collegiate Star League to promote and establish college-level esports tournaments and events.

GameStop’s new partnerships come as it continues to adjust to the new landscape for brick-and-mortar by transforming itself from a traditional retailer to a "cultural experience" for gamers. Earlier this month, the company named George Sherman as its new CEO, effective April 15.

“I bring significant experience working with other retailers that have undergone large, successful transformations and look forward to leveraging GameStop’s industry position, history and brand,” Sherman said in a statement. “The team has already done extensive strategic work to identify and pursue new customer-centric opportunities that will further expand the culture of gaming in new and exciting ways.” 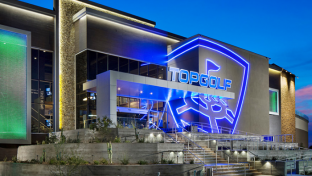 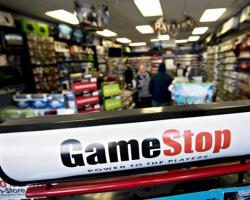