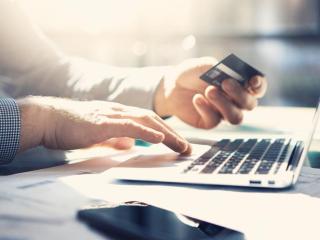 Competition continues to heat up within the retail industry as online-only retailers will now be required to collect state and local sales tax. Many details still need to be worked out and there’s no set date when this will take effect – but this is no small piece of news. To that end, this soon to be eliminated benefit for retailers (previously not having to collect these taxes), along with free shipping, helped propel the rise of e-commerce to the point that it now represents about 10% of total retail.

But “free shipping,” of course, is not really free – someone has to pay for it – and now that online retailers have to pay sales tax, will they be able to afford free shipping as well?

Sales Tax
Long considered an unfair advantage, many online only retailers have managed to bypass paying state sales tax while their bricks & mortar competitor had to comply. Until now. A recent Supreme Court decision overruled a 1992 case (Quill v. North Dakota), which at the time only addressed mail-order businesses but was eventually embraced by the e-commerce community. The 1992 ruling allowed companies without a physical infrastructure to exempt purchases from sales tax so long as the seller did not have a physical operation in the state where the customer resided. Now, states can begin to charge sales tax on internet purchases even when a retailer has no physical presence in that state.1

There are still many unknowns. According to tax experts, the ruling upheld a South Dakota law that exempts sellers with $100,000 or less in sales in the state. Other states are free to set their own thresholds, and it's not known what they might be or how long it would take for all the states to weigh in. It's also not known if Congress might set a uniform ceiling that all states would have to adhere to.

In addition, how such ecommerce providers as Amazon, Etsy and eBay are impacted remains to be seen. Amazon in 2017 started collecting sales tax in all 45 states that require it by law, however Amazon’s collection of taxes does not apply to independent merchants who collectively sell more than half of units on Amazon’s site annually.

This means many Amazon purchases still exclude the tax, and that changes under the court’s ruling. Will the burden eventually fall on Amazon or will it be the responsibility of the individual sellers? Meanwhile, shoppers who visit Walmart or Target’s websites already pay taxes on most purchases thanks to those retail chains’ physical presence.

Many analysts suggest that small businesses will be impacted the most. As Etsy’s CEO noted in a statement, “…the Supreme Court did acknowledge the important difference between big internet retailers and the creative entrepreneurs on our platform…We believe there is now a call to action for Congress to create a simple, fair federal solution for micro-businesses.” The number of state and local jurisdictions involved in taxing businesses as well as certain products makes it extremely complicated for businesses of any size to manage and track effectively.

Managing the Costs
While states and local municipalities figure out how to interpret the court ruling, now’s the time for online-only retailers need to start reviewing their costs and determine the potential impact the sales tax will have on their business.

One of the biggest costs to review is shipping, which is typically among the largest of retail costs. Working with a third-party consulting firm can help online-only retailers determine the best shipping options. Perhaps it’s simply a renegotiation with an existing shipping company or maybe it’s a combination of service levels or even the addition of a small regional parcel provider.

Additionally, online-only retailers may want to consider a subscription service, similar to Amazon; a flat rate shipping rate; or a higher minimum purchase level to receive free shipping. There are plenty of options to help reduce shipping costs.

Conclusion
Sales tax should not mean the end of free shipping. By managing costs effectively, free shipping could continue. It just takes a bit of analysis, creativity and expertise.