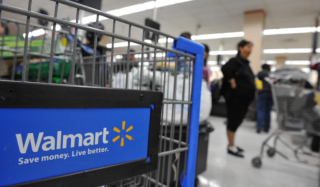 This time last year, amid a mini-consumer boom, Walmart posted comparable sales growth of 4.5% in the U.S. This time around, growth has moderated to 2.8%, a respectable outcome which has been attained even against a tough comparative. It indicates that while the consumer economy has lost some steam, it is still moving along nicely.

Other results from the sector need to be viewed against this context: At present, there is just no evidence of a material downturn. In our view, it remains the case that performance remains largely the responsibility of the strategies of individual retailers and cannot be blamed on external circumstances.

There was also good news from Walmart on the bottom line, where net income moved from a loss of $861 million last year to a profit of $3.6 billion this time. A lot of this is down to the fact an exceptional loss of $4.8 billion from the sale of Walmart Brazil did not repeat this year. On an underlying basis, operating income fell by 2.9%, largely thanks to some investment in prices and a higher cost to serve customers with the expansion of free delivery options. Even so, the scale of Walmart’s operating profit show that this is a company that can easily afford the investments it is making in e-commerce and elsewhere and that it has plenty of firepower for any battles that may lie ahead.

Sales at the U.S. e-commerce division rose by 37% which outpaces nationwide e-commerce growth of 14% over the same period, indicating that Walmart is still taking share from other players. From our data there is a degree of cannibalization from store sales, as existing Walmart shoppers move more of their shopping online. However, this is a necessary evil. In our view, it is better that Walmart retains that spend than allowing it to migrate to Amazon. In any case, Walmart’s online growth also comes from capturing new customers, especially from younger and more affluent age segments who do not regularly visit Walmart’s shops.

Now that Walmart has proved its investment in e-commerce is working from a sales point of view, the next challenge is to improve the economics of the operation. These are not as bad as some reports suggest, but there is certainly an erosion of margin that needs to be addressed. In our opinion, Walmart can improve operational efficiency in three ways.

First, by increasing the average order size, something which seems to be happening naturally over time as customers familiarize themselves with the website and apps and as the company adds more SKUs and marketplace services to the offering. Second, Walmart is using its store network more effectively as a distribution system thereby reducing the need for air freight and split shipments – both things that can cause serious profit damage when standard delivery is both free and fast. Third, by integrating the operations of what has been a rather fragmented e-commerce division — this is something that the company is currently working on.

Away from online, the performance of stores held up reasonably well this quarter and comparables remain positive. There is continued evidence that the refresh of some stores is having a positive impact on customer perception and is helping to ease up basket sizes. This is important as it is offsetting the weaker increases in customer traffic brought about by the rise of online.

Pleasingly, our data also show that the expansion of deep discounters and dollar stores does not seem to be affecting Walmart in the way it did a few years ago. This is likely because Walmart has invested in sharpening its prices and that dollar store penetration levels are now stabilizing after many years of growth. This, with the investment in shops, bodes well for the future.

Looking ahead, we remain confident that Walmart will be a retail winner, even if external factors start to deteriorate.
Advertisement