Today's results are proof not only that Walmart is making gains in its day-to-day business, but that it is now a company firmly in the midst of a dramatic transition. As much as the structural changes are disruptive and, in some cases, profit-eroding, we believe they are necessary in order for Walmart to thrive in a new era of retail.

In our view, too many legacy retailers fail to make the bold moves needed to maintain their relevance. Walmart is not one of them. It has both the will and financial muscle to ensure it remains a retail leader for many years to come. Indeed, we think it is one of the few companies that can truly take on Amazon in a serious and meaningful way.

As much as corporate deals and new investments are critical, it is important to remember that the U.S. remains the engine room of the business. Any problems here put the whole company at risk. Fortunately, this segment continues to power along nicely with solid sales gains of 3.1% on a total basis and 2.1% in comparable terms.

Admittedly, the pace of growth has slackened slightly, especially compared to the last couple of quarters. This is moderately disappointing, especially as the economic backdrop has been favorable and last year's comparative was reasonable. However, we do not believe that this is a major cause for concern. After all, Walmart still took $2.3 billion more in the U.S. than it did over the same period last year - and did so despite a serious investment in price cuts, which eroded growth. On balance, we think Walmart's U.S. performance is entirely satisfactory.

In the U.S. there is further good news on e-commerce where sales increased by 33%. This is a much higher rate than last quarter and comes despite the fact that the Jet.com acquisition has now annualized out; that said, growth is lower than Walmart's targeted 40% uplift. However, we remain confident that digital numbers will improve further, mainly thanks to the investments Walmart is putting into its digital operation.

The new site has only just launched, and so does not impact this quarter's numbers. However, initial feedback has been strong and a survey of customers we undertook in the last week reacted favorably to the enhancements, noting that the site was easier to shop and more inspirational and engaging. This is exactly the response that Walmart wanted, and we believe that traffic, conversion, and average order values should all increase as a result.

Walmart's new Lord & Taylor online store is also set to launch shortly. This features around 125 premium brands from the Lord & Taylor assortment, including popular third-party labels like Tommy Bahama. Although we believe this will be helpful to Walmart and that it will give the company access to a more premium customer, we caution that Walmart is not a natural destination for higher-priced items, especially in apparel, so there is much more work to be done to shift perceptions. In our view, this will be a successful, but slower burning initiative.

All of the investments in e-commerce, along with those made in enhancing stores, services and sharpening prices, have taken their toll on Walmart's bottom line. Within the US division, operating income fell by 3.1% over the prior year. As unfortunate as this is, it remains a necessity -- especially when Walmart is up against Amazon which is an enthusiastic investor in all kinds of initiatives. Diverting some profit to prudent investments is now a price for survival across most of the retail sector. Walmart has shown an impressive willingness to grasp this nettle.

Looking beyond the U.S., we applaud many of the changes Walmart is making. The purchase of a 77% stake in Flipkart is a sign that the company is prudent not least because it gives Walmart immediate access to one of the largest and fastest growing retail markets in the world. We forecast total Indian retail sales will grow by 44.3% from 2018 to 2021, while Indian e-commerce retail sales will grow by 136.7% over the same period.

Coming hot off the heels from its decision to sell Asda in the U.K., Walmart is clearly moving capital from areas of lower return to ventures where it has better long-term growth prospects, at least on the sales line. This is a sensible switch, especially as Walmart will retain an interest in and a relationship with the newly enlarged Sainsbury's-Asda group.

Overall, we are impressed by the progress at Walmart. For a company of its size, the pace of change is impressive, with lots of initiatives that generally add up to a coherent strategy for growth. There is certainly a degree of jam-tomorrow for investors in terms of the bottom line, but this is, unfortunately, the harsh reality of today's retail world. 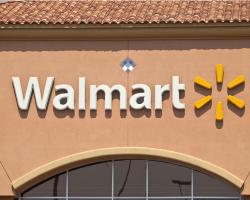 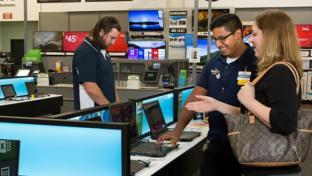 FINANCE
Analysis: Online and stores are both driving Walmart's success 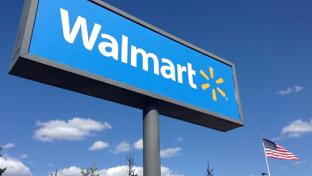 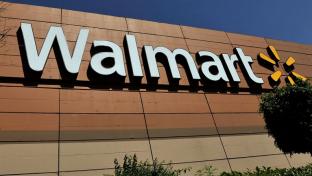 News
Analyst: Walmart shows that traditional retail can thrive if they adapt, evolve