Dollar General has started its fiscal year with a good set of numbers, especially on the top line where sales grew by 8.3% in total and by 3.8% on a comparable basis. The continued addition of new stores along with increases in customer traffic and transaction values all helped to drive the uplift.

After a decline last quarter – largely due to a higher tax provision – net income rose by a modest, but respectable, 5.5%. There was some pressure from higher operating costs and a slight dip in gross margin from a more unfavorable skew to consumables in the sales mix. However, given the amount Dollar General is investing in new stores, technology, and in developing its proposition, we believe that the bottom line numbers look very solid.

Most pleasing is the fact that Dollar General continues to gain ground with a range of demographics and income groups. Among its lowest income consumers, share of wallet is rising slowly as Dollar General adds more points of interest to its ranges – including in homewares, occasion products, and fresh produce. This is strengthening Dollar General’s destination status as a place to buy low-cost essentials, and it is helping to ensure that this footfall also succumbs to making more impulse purchases of non-consumables when in store.

Alongside this, we have seen some signs of a small increase in the number of middle-income consumer groups shopping at Dollar General since the start of the year, largely thanks to more pressure on household budgets from higher gas and energy prices. This may only give a small uplift to the numbers, but it is nonetheless helpful. The number of higher-income shoppers has also increased over the past year, though this is mostly down to the store expansion program which has enlarged the share of shoppers in all segments.

We remain impressed by Dollar General’s ability to create a compelling and enhanced shopping experience and with the management mindset of constant improvement. Every quarter, the group examines and enhances some part of its range that helps deliver a meaningful uplift in sales and market share. That it never stands still is one of the reasons Dollar General delivers consistently positive results.

In the past, much of the innovative focus has been placed on products and assortments. While this is continuing, we also note a pivot to a greater focus on technology. This is a welcome development, mostly because Dollar General is applying this in a way that is relevant for its consumers rather than simply replicating what everyone else is doing. The DG GO! app is an example of this: it allows customers to scan products both to check out without going to a register, but also so they can keep track of the amount they are spending as they shop the store. This is a simple innovation, but it is one that is highly valued by more budget conscious Dollar General shoppers.

Looking ahead we do have some concerns about the impact of tariffs and higher costs in general. Admittedly, Dollar General has forward-bought in some categories and has taken actions to reduce costs in others. However, dollar stores will be disproportionally hit by tariff increases because of the impact on their own prices, but also because any general increase in prices in the economy will take a heavier toll on their lower-income consumers and the amount they can spend. This could take the edge off future performance. 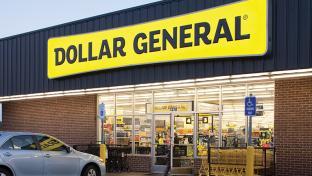 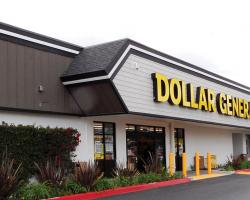 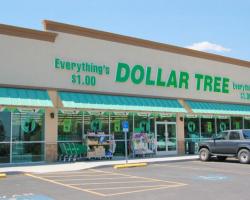 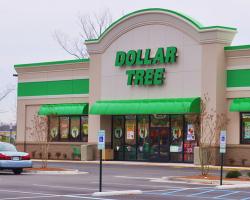