Fair weather ahead. That’s the economic forecast for 2018. Retailers should benefit from an improving employment picture, growing disposable consumer income, and an easy credit environment.

“We estimate core retail sales will increase by 4.7% in 2018,” said Scott Hoyt, senior director of consumer economics for Moody’s Analytics, a research firm based in West Chester, Pa. (economy.com). “That’s an improvement over the 3.8% increase of 2017, which was virtually flat with the previous year.” (Core retail sales exclude volatile auto and gasoline segments).

The retail outlook reflects robust growth in the overall economy. For 2018, Moody’s expects gross domestic product (GDP) to grow by 2.9%, thanks mostly to vigorous residential investment and government spending. That’s a healthy increase from the 2.19% expected to be recorded for 2017 when numbers are finally tallied, a figure up from the 1.49% of the previous year.

Brisk tail winds should keep the economy in full sail

Even the global picture is brighter.

“All of the major economies are expanding in unison for the first time in a decade," she said.

STRONG LABOR MARKET: Perhaps the most important factor is a strengthening labor market which should put more spendable cash in consumers’ pockets.

“We expect well over two million jobs to be created in 2017,” said Koropeckyj. “This is about the same growth experienced since the expansion

As unemployment declines, employers have more difficulty finding sufficient workers. That bodes well for wage growth, and for a resultant increase in consumer income that can be spent at retailers. Moody’s expects average hourly earnings to grow by 3% in 2018, up from the 2.6% increase of 2017, which was little changed from the previous year.

LOOMING CLOUDS: While consumer and business confidence remains high, the road ahead is not entirely clear.

“Lack of retail pricing power remains a big issue, with competition from online sales a big contributor to that,” said Hoyt.

And while higher wages mean fatter shopper pocketbooks, they also have drawbacks.

“There is a challenge to finding and retaining the right workers, and working out what to pay them and still deal with downward pricing pressures," he said.

Other potential problems include uncertainties in Washington legislation, especially for the corporate tax cuts that are built into Moody’s sunny forecast. Additionally, retailers may be harmed by protectionist measures promised during the campaign of Donald Trump, if instituted. On the positive side, there has been no recent talk about a border adjustment tax.

Finally, retailers need to keep a watchful eye on the health of the banking industry.

“I continue to worry about the strength of the financial system,” said Walter Simson, principal of Chatham, N.J., -based Ventor Consulting. “When the value of assets such as the stock market and real estate goes up so high, that usually means there is too much easy money around.”

Simson is also wary about the increase in debt for student loans, credit cards, and longer-term auto loans. Furthermore, he added, financial institutions are introducing more high-risk derivative-backed CDs, and engaging in more of the loan bundling that contributed to the Great Recession in 2008.

“Some lenders might have too many high-risk loans on their books,” said Simson. “If they cannot collect, the whole banking system will again be at risk.”

Running Start: As retailers enter the first months of 2018, Hoyt suggests keeping a watchful eye on some key indicators for the year’s economic trajectory. The first is Washington legislation.

“Will there be a program of fiscal stimulus?” posed. Hoyt. “If so, that will bolster the economic environment.”

Hoyt also suggests staying alert to reports of wage increases which would stimulate consumer spending. Finally, he said that any increase in retail pricing power will bode well for the remainder of the year. 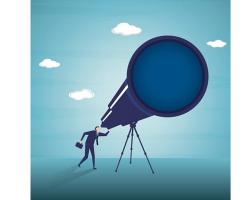 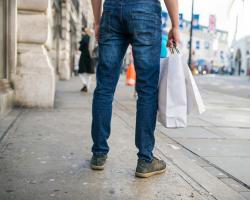 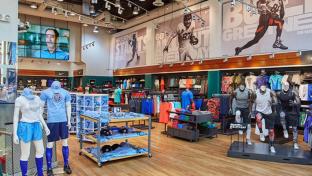 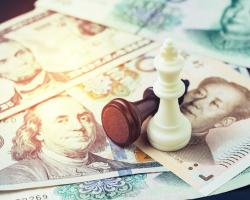