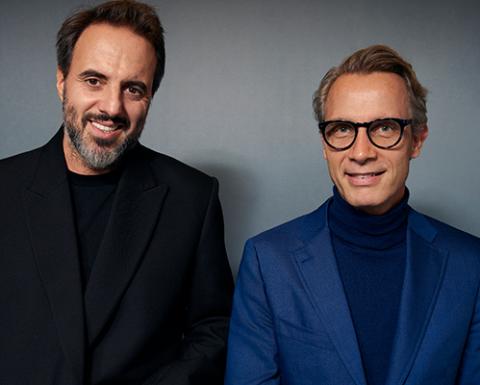 The parent of upscale brands including Neiman Marcus and Bergdorf Goodman has closed a $200 million common equity minority investment by online luxury platform Farfetch Ltd. Neiman Marcus Group (NMG) plans to use the proceeds to further accelerate growth and innovation through investments in technology and digital capabilities.

Initially announced in April 2022, the investment is part of a wider strategic partnership that will include Neiman Marcus and Bergdorf Goodman joining the Farfetch Marketplace as partners.

"We are pleased to share the successful closing of the investment by Farfetch in NMG and now that the commercial agreements are final, we are excited to transition to realizing the important benefits of this partnership," said Geoffroy van Raemdonck, CEO of Neiman Marcus Group. "Farfetch's investment demonstrates its confidence in our omnichannel strategy, and we look forward to partnering with them to continue revolutionizing the luxury customer experience and delivering value to all our stakeholders."

In addition to the minority investment Farfetch is making in NMG, Farfetch and NMG have negotiated a commercial agreement for Farfetch Platform Solutions (FPS) to re-platform the Bergdorf Goodman website and mobile application. As a result, Bergdorf Goodman will globally launch a digital customer experience and curated offering, integrated with its New York City flagship.

As part of the new agreement, Neiman Marcus is committed to using select FPS modules, including foundational international services. Both Bergdorf Goodman and Neiman Marcus will join the Farfetch Marketplace as a partner. In making its investment, Farfetch joins existing NMG investors including PIMCO, Davidson Kempner Capital Management, and Sixth Street.

Neiman Marcus said it will be investing $200 million in technology for priorities including the retailer's Connect platform, the acquisition of Stylyze and new digital labs. The company also announced other long-term investments in its business, including more than $90 million in supply chain to enhance its systems and distribution facilities.

Farfetch’s additional businesses include Browns and Stadium Goods, which offer luxury products to consumers, and New Guards Group, a platform for the development of global fashion brands. In January, the company announced it was acquiring upscale, cult-fave beauty retailer Violet Grey. The acquisition comes ahead of the launch of beauty on the Farfetch marketplace.