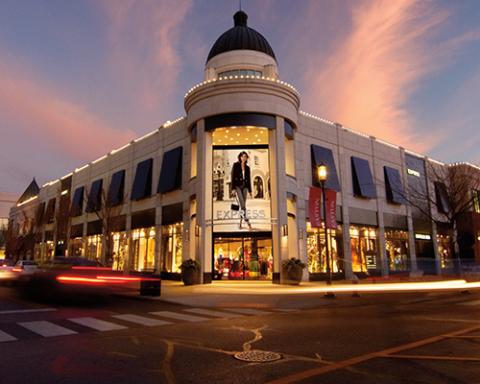 Express reported a loss in the fourth quarter that was smaller than expected and sales that missed expectations as the pandemic continued to bite into its results.

The fashion apparel retailer also revealed that it is thinking smaller in terms of its stores. Speaking on the earnings call, CEO Tim Baxter said the company sees an opportunity to diversify its store fleet, which is  predominantly mall based. To that end, it has opened two "Express Edit" concept stores, one in Columbus (Ohio) and another in Nashville.  The stores, which are street locations, have a smaller footprint at 1,400- to 4,000-sq.-ft. and a product mix curated to reflect local styles and trends within a particular market and even neighborhood.

"We plan to add eight more Express Edit concept stores in 2021, which are short-term leases to allow us maximum flexibility as we learn about this new format," Baxter said on the call. "And as we continue to learn what the street-side smaller Express Edit locations could do, we actually have the opportunity to potentially expand that fleet."

In another test, the company reduced the square footage of its store at King of Prussia mall in King of Prussia, Penn., by 45%. Baxter said the results have been "outstanding," with productivity double that of the balance of the Express fleet.

"So we know that we have the opportunity to shrink much of our mall-based square footage and be significantly more productive," he said.

Comparable retail sales, which includes Express stores and e-commerce, fell 28%. The retailer said it is finalizing a strategy that will grow its digital channel to $1 billion in 2024, with the details to be unveiled in the second quarter of 2021.

“Over the past twelve months, we have effectively managed our liquidity while meaningfully advancing the EXPRESSway Forward strategy,” stated Baxter. “We took appropriate action and made progress despite extraordinary circumstances and market conditions. We are well-positioned to accelerate in 2021. I expect sales to continue improving sequentially each quarter, and that we will return to positive EBITDA in the back half of the year.”

The company said it secured an additional $140 million of financing via a deal with Sycamore Partners, Wells Fargo and Bank of America Merrill Lynch, and negotiated $85 million in rent abatements, deferrals and future rent reductions with its landlords.

Express operates over 500 retail and factory outlet stores in the United States and Puerto Rico.