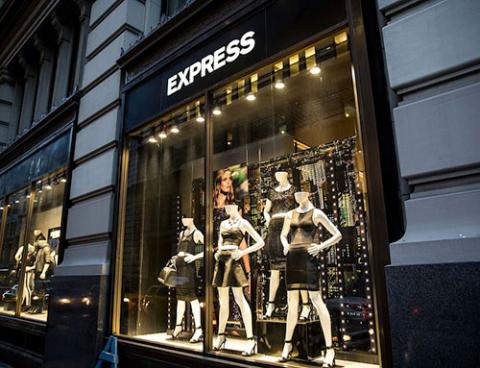 Express provided an upbeat assessment of its second-quarter results to date.

The apparel retailer said it saw a significant increase in online demand and apparent stabilization in-store sales and traffic in July.

“While the industry remains pressured by pandemic headwinds and their impact on consumer confidence, the company is encouraged by these results, and now estimates second-quarter comparable sales to be down 24% and net sales to be down 48% on a year-over-year basis,” Express stated.

After reopening its stores following closures due to the pandemic, Express said it saw a consistent acceleration in sales and traffic through the third week of June, which was followed by a deceleration as new COVID hot spots emerged in several states. The results were further impacted by prolonged closures in New York and the re-closing of a number of stores in California.

However, store sales and traffic appear to have stabilized in July, with total comparable sales, including e-commerce, at approximately negative 20% for the month. These results were also driven by the second consecutive month of positive demand for its e-commerce business in July, where demand has accelerated from negative 35% in early May to positive 25% for the back half of July.

Express said the results were also enhanced by new products in the assortment, the completion of its e-commerce re-platform, and the implementation of both ship from store and buy online pick up in-store capabilities in over half of its retail locations.

“Our second consecutive month of positive e-commerce demand coupled with the apparent stabilization in-store sales and traffic indicate that our new product vision and brand positioning are resonating with customers,” said Tim Baxter CEO. “I expect our comparable sales trend to improve as we resume flowing new receipts over the next several weeks.”