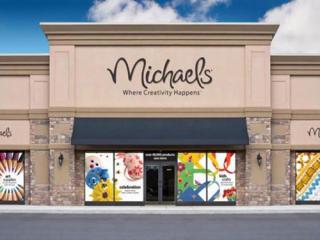 The Michaels Companies reported third-quarter earnings and sales that fell below analysts’ estimates and lowered its guidance for the fourth quarter and full year.

The arts-and-craft retailer reported that its net income fell to $29.9 million, or $0.19 a share, in the quarter ended Nov. 2, from $86.8 million, or $0.50 a share, in the year-ago period. Adjusted earnings per share came to $0.40, below analysts’ estimates of $0.49. (The company also recorded more than $30 million in impairment charges, net of tax, for its Darice wholesale crafts supplies business, with the charges impacting its profit in the quarter.)

Net sales fell to $1.22 billion from $1.27 billion, missing estimates of $1.26 billion. Michaels attributed the decrease primarily due to a 2.2% decrease in comparable store sales, the closure of its Pat Catan’s stores during the fourth quarter of 2018, and a decrease in wholesale revenue.

As previously announced, before the end of the third quarter, Nicole Crafts announced the closure of its A.C. Moore retail operations. As part of the shuttering Michaels entered into an asset purchase agreement with A.C. Moore to acquire intellectual property and the right to lease up to 40 store locations for $58 million.

In connection with the acquisition, the company also leased a distribution facility in New Jersey. The store locations are expected to be reopened under the Michaels brand name in fiscal 2020 and will include the relocation of certain existing Michaels stores. The transaction is intended to expand Michaels’ presence in strategic markets and better serve its customers both online and in stores, the company said.

“Our third-quarter results did not meet our expectations and were impacted by specific factors which we are addressing,” said Mark Cosby, CEO. “We are moving ahead on bringing our customer-centric, core 'Maker' strategy to life, and we are encouraged by the early operational progress being made. Combining this with the sales gains from our recent opportunistic transaction tied to A.C. Moore exiting their retail business, we believe we are on the path to improved, consistent, financial performance over time.”

Michaels said it expects fourth-quarter same-store sales to be down 2% to 3% given current business trends, a shorter holiday selling season and a potential negative impact from the liquidation of A.C. Moore retail locations. The Street estimate was for an increase of 1.0%.