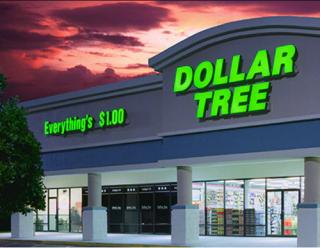 In a statement, president and CEO Mike Witynski said that, following its price investment strategies, Family Dollar has closed the  gap with key competitors and that its value proposition “is the most competitive it has been in the past ten years.”

Witynski said the company’s investments to offer more competitive pricing will over the long term enhance its sales productivity and profitability, and ultimately its opportunity to accelerate store growth, but will pressure gross margins in the back half of the year.

In separate news, the discounter  named Jeffrey A. Davis as its next CFO. He succeeds Kevin Wampler, who will remain with the company as an advisor until April 2023. Davis joins Dollar Tree from Qurate Retail Group Inc., parent company of QVC and other brands, where he has served as CFO since 2018.

Prior to Qurate,  Davis served in a number of financial leadership roles, including treasurer of Walmart Stores, CFO  for Walmart’s U.S. segment, CFO of JCPenney and CFO of Darden Restaurants.

During the quarter, the company opened 127 new stores, expanded or relocated 29 stores, and closed 57 stores. Additionally, it  expanded its multi-price Plus offering into an additional 697 Dollar Tree stores and completed 257 Family Dollar store renovations.

“We are confident these pricing and other investments will generate very attractive returns over the long term,”  Witynski said.  “We continue to focus our initiatives on what will improve both associate and shopper experience. Our management team is strategically aligned and believe our company is very well-positioned to deliver long-term profitable growth.”