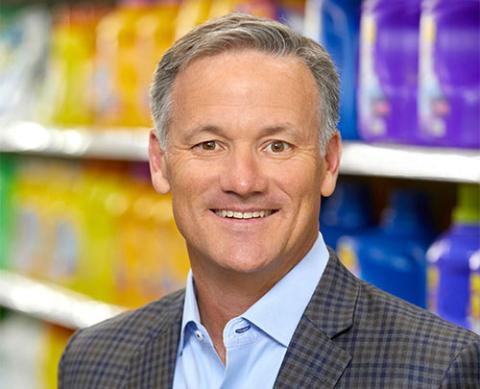 Jeff Owen will succeed Todd Vasos as CEO of Dollar General in November.

The chief executive of Dollar General Corp. is retiring and will be replaced by a longtime company executive.

The discounter said that Todd Vasos will step down as CEO, effective November 1, 2022. He will be succeeded by Jeffery Owen, who has served as Dollar General’s COO since 2019.

Vasos, who has been Dollar General's chief executive since 2015, will serve in a senior advisory role from Nov. 1 through April 1, at which time he will retire from the company. He will then enter into a two-year consulting agreement and continue to serve as a member of the Dollar General board.

Vasos joined Dollar General in 2008 as executive VP, division president and chief merchandising officer and held the role of COO from 2013 until his promotion to CEO. Under his watch, the company grew its store base by about 7,000 stores, added almost 60,000 net new jobs, boosted annual sales revenue by more than 80%, and more than doubled its market capitalization to around $58 billion.

In addition, under Vasos’s leadership, Dollar Genera developed and delivered key strategic initiatives such as the self-distribution of frozen and refrigerated goods (DG Fresh), as well as various non-consumable initiatives, including its newest retail concept pOpshelf, and significant digital expansions.

“Todd led Dollar General through a period of significant transformation, accelerated growth and innovation,” said Michael Calbert, chairman, Dollar General. “We are a stronger, more resilient, and longer term strategically driven organization than when he took the reins in 2015. DG is a better company today as a result of Todd’s leadership.”

During Owen’s nearly 30-year tenure with Dollar General, the company has grown from 1,500 stores in 23 states into the largest U.S. retailer by store count, with more than 18,000 stores and 28 distribution centers in 47 states as of April 2022. Dollar General remains committed to expansion, with plans to open 1,110 stores this year along with 1,750 remodels

“Having worked with Jeff for many years, I am confident in his leadership abilities and capability to lead Dollar General into our next chapter of growth and service,” said Vasos.

In a statement, Owen said he was “deeply honored to have the opportunity to build on Todd’s incredible tenure as CEO.”

“For the past three decades, I’ve grown and developed within our company, and I couldn’t be prouder to serve as CEO alongside an amazing team in our stores, distribution centers, private fleet and Store Support Center,” he said.