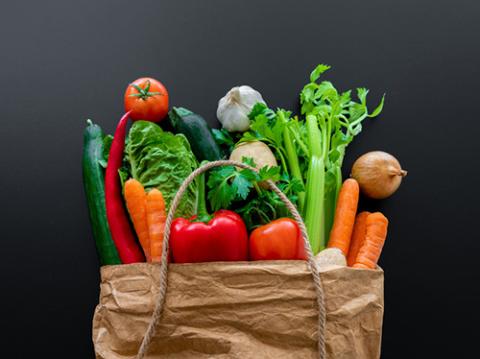 The largest year-over-year percentage-point increases in online grocery shoppers are not occurring at traditional supermarkets.

According to the “U.S. Online Grocery Survey 2020” from Coresight Research, 52% of respondents who had purchased groceries online in the past 12 months made at least one purchase at Walmart. This represents a 15-percentage-point increase from 37% in 2019.

While Amazon remained the most frequented online grocer with 62.6% of these respondents having made a purchase in the past 12 months, that percentage remained virtually unchanged from 62.5% in 2019. Other retailers recording large year-over-year growth in the percentage of online grocery shoppers making a purchase include Target (seven points from 16 % to 23%) and Costco (six points from 9% to 15%).

Interestingly, retail chains primarily dedicated to groceries had much smaller year-over-year increases in shoppers making online purchases. Amazon-owned Whole Foods rose four point from 8% to 12%, while Aldi (5% to 8%), Ahold Delhaize banners (2% to 5%), and Kroger banners (11% to 14%) all rose by three percentage points.

The study also found that respondents bought an average of five grocery categories online, compared to the 4.4-category average in 2019. According to Coresight analysis, this not only implies greater cross-category shopping, but also signals the market moving away from occasional one-off or specialty purchases to a greater focus on full-basket grocery shops.

Similarly, respondents purchased from an average 2.3 retailers online in the past 12 months, versus 1.8 in 2019 —which Coresight believes is a function of more frequent online shopping and could indicate that the grocery e-commerce market remains partly up for grabs.

Coresight conducted a mid-March 2020 online survey of 1,152 U.S. consumers, of which 599 had purchased groceries online during the prior 12 months.