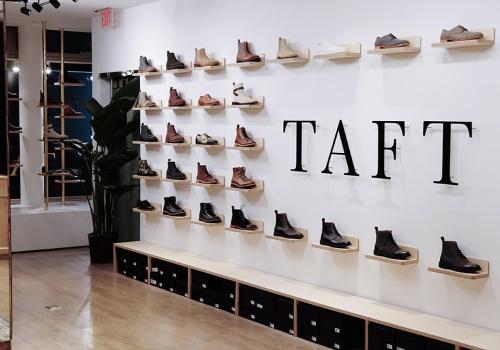 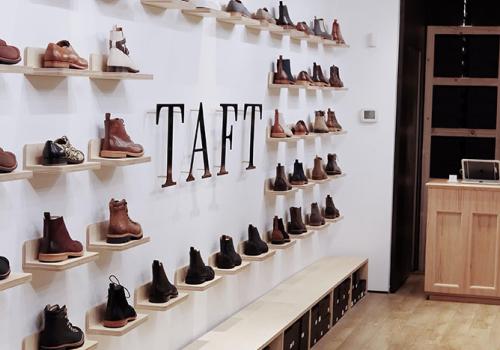 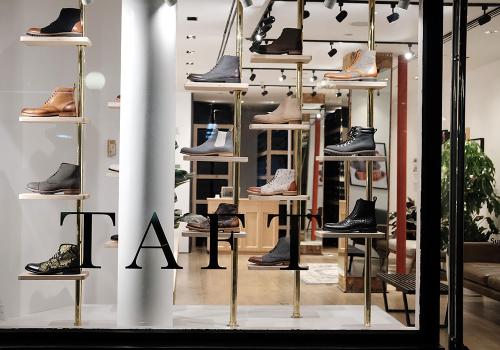 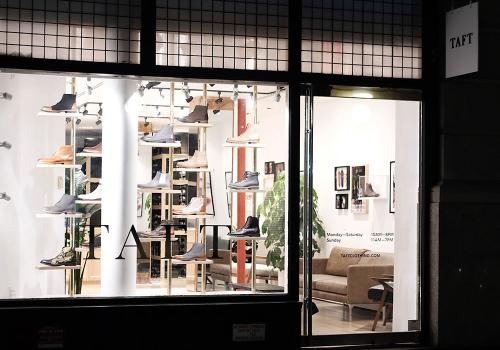 Another digitally native retailer has made the jump to brick-and-mortar.

Men’s footwear brand Taft has opened its first-ever store, in Manhattan’s SoHo neighborhood. Founded in 2014, the brand has amassed a following among athletes, celebrities and other influencers. Taft shoes are produced in Spain and Portugal with textiles ranging from suiting wool to woven upholstery fabric to Charles F. Stead leather. Prices typically fall within the $200 range.

The opening of the store caps a year of exponential growth for Taft. After bootstrapping $20 million in less than four years, the company took on funding for the first time in July 2018 from venture capital firms and fellow entrepreneurs — NBA stars Dwyane Wade and Andre Iguodala came forward to invest in the seed round. Fifth Wall Ventures, a venture capital firm focused on helping digitally native companies open physical stores, is also one of its backers.

The SoHo store is designed by Bobby Redd, which also designed Allbirds’ concept store in SoHo. The interior has a relaxed vibe, with a curated blend of vintage and new couches and armchairs to make feel as if they're trying on shoes in a friend's living room. The focal point of the space is an iconic shoe wall featuring 48 of Taft's most popular styles.

"Seeing our products displayed on shelves and in the hands of our customers is a dream come true,” said Kory Stevens, founder of Taft. “Being an online-only brand, we miss out on the magical moment when a customer sees the shoes for the first time and tries them on. We're super excited for people to get that experience in our first store.”