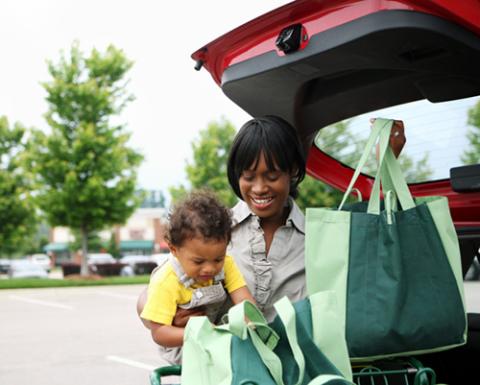 The U.S. online grocery market generated $6.7 billion in sales during July for an overall sales decline of 2%.

According to the latest Brick Meets Click/Mercatus Grocery Shopping Survey, ship-to-home sales in July 2021 declined to $1.4 billion while the combined pickup/delivery segment remained steady at $5.3 billion for the third straight month.

The survey found that the overall sales decline of 2% was driven largely by an 8% drop in ship-to-home sales versus June, while pickup/delivery sales have stabilized. Sales levels for pickup/delivery and ship-to-home are respectively 4.5 and 1.8 times greater than pre-COVID sales in Aug. 2019.

The ongoing independent research initiative, created and conducted by Brick Meets Click and sponsored by Mercatus, showed that July’s overall sales decline was caused by a decrease in spending per order and a slight drop in monthly order frequency, which were partially offset by an increase in the number of monthly active users (MAU).

Survey results indicate the weighted average spending per order across all three receiving methods shrank more than 5% in July 2021 compared to June due to two factors. First, the ship-to-home average order value (AOV) was nearly 19% lower than it was in June 2021, while the pickup/delivery AOV essentially held steady.

In addition, ship-to-home captured a larger share of orders on a month-over-month basis, which contributed further downward pressure on the top-line AOV because ship-to-home’s spending per order is typically about half that of pickup and delivery orders, according to Brick Meets Click analysis.

Order frequency dipped slightly, just under 1%, to 2.68 orders per monthly active user during July 2021 as compared to 2.70 during the prior month. Ship-to-home grew its share of monthly online grocery orders by nearly three percentage points in July to 34%. Although this resulted in a share loss for the pickup and delivery segment overall, delivery performed well, while pickup lost five share points on a month-over-month basis. Notably, more than four in 10 MAUs have placed three or more orders per month since Jan. 2021, stabilizing after COVID-19 peak levels in 2020.

The number of U.S. households that bought groceries online in July, using any of the three receiving methods, jumped nearly 5% to 66.5 million households compared to June 2021. This gain reflects increases across all age groups with the youngest (18-29 years old) climbing the fastest by more than 7%. Somewhat surprisingly, the share of the MAUs who received an order via pickup dropped three percentage points on a month-over-month basis, while delivery and ship-to-home grew by six points and four points respectively.

July’s repeat intent rate, which measures the likelihood that a MAU will order again in the next month with the same grocery service, dropped to 56%, down four points compared to a month ago. The month-over-month decline was largely the result of a greater than four-point dip in the more frequent customer segment’s intent rate as the first-time customer segment was down less than one point. And, while customer satisfaction with the services operated by grocers continued to trail those of mass/discounters relative to intent rates, the gap between grocers and mass/discounters shrank nearly 50% to just over four points in July versus June 2021.

The share of online customers who used both a grocery service and a mass/discount service to buy groceries during July 2021 contracted to 25%, down about three percentage points versus the prior month. This downtick was attributed to fewer grocery customers shopping with mass/discount retailers other than Target or Walmart, as cross-shopping with both these two retailers increased between the June and July months.

“Although pickup continued to have the largest MAU base, share of orders, and sales during July 2021, concerns about the Delta variant’s transmissibility may be motivating customers to temporarily shift away from pickup as a means of social distancing,” said David Bishop, partner, Brick Meets Click. “Even though many retailers have implemented ‘contactless’ tactics since last year, pickup in the U.S. still often involves some degree of human contact, such as when an employee puts the order in the customer’s vehicle. So, for some, choosing delivery feels like a better, safer option as we navigate this next wave of COVID-19.”

Brick Meets Click conducted the survey on July 29-30, 2021, with 1,892 adults, 18 years and older, who participated in the household’s grocery shopping.