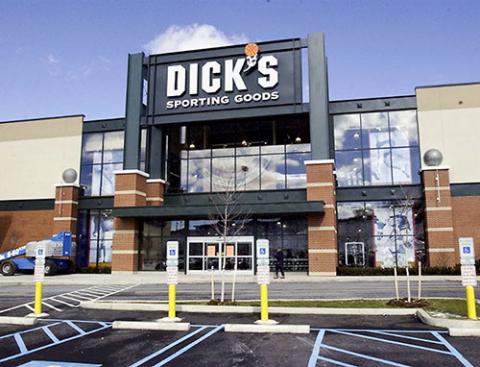 The nation's largest sporting goods retailer had a busy first quarter, opening new concepts and updating existing ones. In April, it debuted a 100,000-sq.-ft. concept, Dick’s House of Sport, that offers customers a hands-on shopping experience and features a rock-climbing wall, a high-tech batting cage, an outdoor turf field and more. A second location is set to open next week in Knoxville, Tenn. Also in April, Dick’s unveiled nine completely redesigned Golf Galaxy locations, and expanded technology offerings in 62 additional locations. The retailer also has been adding in-store soccer shops to its namesake locations and expanding in the off-price and warehouse space.

Additionally, Dick's is on track to launch a new concept called Public Lands.  On the company's earnings call, chairman and chief merchandising officer Ed Stack described it "a complete outdoor omnichannel retail concept,"  and said that Dick's is "focused on making the outdoors a place where everyone feels welcome and inspired."

"We’ve been working on Public Lands for several years and look forward to opening our first two stores later this year," Stack told analysts on the call. "Based on our research, we think there is an opportunity in the marketplace and believe this new concept will be a great growth vehicle for us."

Consolidated same-store sales more than doubled over last year, rising 115%, with e-commerce up 14%. E-commerce represented accounted for 20% of total sales in the first quarter.

“We are in a great lane right now, and 2021 will be our boldest and most transformational year in the company's history,” stated Stack. “We believe the future of retail is experiential, powered by technology and a world-class omnichannel operating model. Importantly, we are reimagining the athlete experience, both across our core business and through new concepts that we have been working on for the past several years, which will collectively propel our growth in the future.”

Dick’s president and CEO Lauren Hobart, said that the retailer saw a resurgence in its team sports business as kids began to get back out on the field after a year in which many youth sports activities were delayed or cancelled due to COVID,