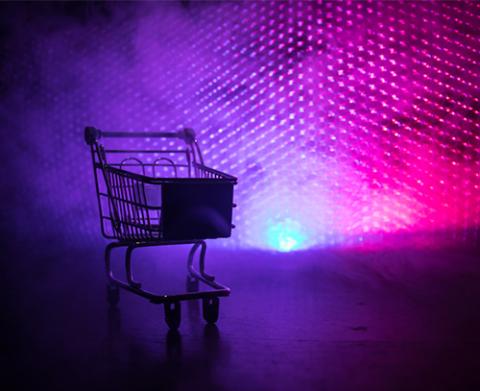 The retail industry should expect more of the same — constant change — in 2023.

That’s according to Deloitte’s “2023 Retail Industry Outlook,” which is based on a series of interviews with 50 senior retail leaders, 70% of which are from companies with an annual revenue of $10 billion or more. The report also features Deloitte’s economic outlook for the retail industry.

The report noted that retailers are getting squeezed from both sides of the value chain — from increasing operational and supply chain costs to demanding, price-conscious consumers to. As the industry deals with these immediate constraints, it also feels additional pressures from three hot-button issues:

Hiring and retaining employees has been a lingering issue, and competition for hourly workers remains fierce, with retailers forced to offer higher wages and more flexibility. The 12-month moving average of median wage growth for low-skilled workers increased by 6.7% in November 2022, up from 3.8% the year prior.

• Organized retail theft: Some retailers have noted the problem has worsened during the 2022 holiday season and has gotten so dire that costs to cover lost products and security may require closing doors or raising prices. As many experts anticipate an economic slowdown in 2023, it would not be surprising to see an even further increase in organized theft.

• ESG: Six in 10 executives surveyed said the industry will face increased scrutiny over ESG decisions in 2023. However, when push comes to shove, many retailers say they will choose to focus on margin enhancement opportunities.

More than half are planning minimal to no ESG investments, and the topic did not make the top five list of executive priorities. With only 26% of 250 leading global retailers making commitments to carbon reduction based on Science Based Targets, 23 they (and the world) may not be able to afford these initiatives being on the back burner for long.

A slowing economy will keep retail sales in check, according to Deloitte economists who noted retail sales volume had slowed, even as inflation lifts the dollar value of those sales in the pandemic era. They expects U.S. economic output to slow to 0.9% in 2023 from an expected 2% in 2022, and put the odds of a recession at 35%.

The report noted that consumer spending on services has been picking up steadily as consumers return to restaurants and bars, go to sporting events and take vacations similar as they did before the pandemic. The shift to spending on services will weigh on retail sales at stores, Deloitte advised, but will provide some tailwind to food services and drinking venues.

The company expects real personal consumer expenditures (PCE) on durable goods to contract 1.8% in 2023, while, at the same time, services PCE is expected to rise 3.6%.

The retail sector has been through a lot during the most condensed time frame of any recent business cycle, according to Deloitte. As a result, only one-third of retail executives are very confident about maintaining or improving profit margins this year.

Here are other key highlights from the Deloitte report:

To combat disruption, eight in 10 executives said they plan to make moderate-to-major investments to modernize their supply chain this year

The 2023 Retail Industry Outlook is available for download here.