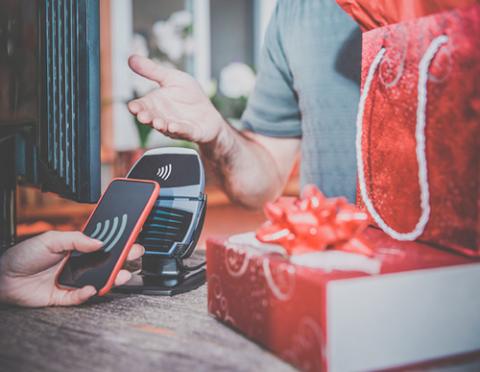 Holiday sales growth this year will largely depend on how much wealthy households splurge and how a range of different pandemic-related factors play out.

That’s according to Deloitte's annual holiday retail forecast, which projects that year-over-year sales will edge up 1% to 1.5%, totaling between $1.147 trillion and $1.152 trillion during the November to January period.

Last year, Deloitte forecast that holiday retail sales would increase 4.5% to 5%. (Retail sales between November 2019 and January 2020 grew 4.1% according to the U.S. Census Bureau.)

E-commerce sales, which have soared during the pandemic, will increase 25% to 35% year-over-year, compared to 14.7% in 2019, according to Deloitte. E-commerce holiday sales are expected to generate between $182 billion and $196 billion this season.

Deloitte said the upcoming holiday season will be marked by “unparalleled uncertainty,” which is why it has outlined two different possible holiday sales scenarios: a relatively stable year-over-year sales increase (0% to 1%) or a more significant jump (2.5% to 3.5%). Both forecasts will be driven by a “K-shaped” recovery where growth is unevenly split between income groups and industries. The formal forecast increase (between 1% and 1.5%) is a result of melding both scenarios.

“Regardless of the scenario, however, the consumer's focus on health, financial concerns and safety will result in a shift in the way they spend their holiday budget," said Rod Sides, vice chairman, Deloitte LLP and U.S. retail and distribution sector leader. "For retailers, this holiday season will continue to push the boundaries on the importance of online, convenience, the role of the store, and the criticalness of safe and speedy fulfillment."

Under the first scenario (0% to 1% year-over-year sales growth), consumers will continue to remain anxious about their finances and health. This lack of confidence, Deloitte said, could be caused by such factors as the end of the unemployment insurance benefit supplement, continued school closures, lack of an effective vaccine and increases in unemployment – all of which would reinforce the current trends of very high savings. In this scenario, consumers are less likely to spend on holiday as they are reserving funds for non-discretionary items.

“This growing confidence could be a result of several factors, including an effective federal pandemic relief bill with an unemployment insurance benefit supplement, and the creation of an effective vaccine,” Deloitte stated. “In addition, as consumers have dramatically cut costs related to travel and experiences, these funds might be redirected to spending on holiday gifts.”