Target Corp. is moving quickly to leverage its $550 million acquisition of Shipt.

The discounter announced that it will debut same-day delivery services via Shipt on Feb. 1 across 57 stores in South Florida and Birmingam, Alabama. It will move quickly to expand the service, making it available at nearly half its 1,834 stores by the end of the first quarter (February 12), and the majority of its stores in time for the 2018 holiday season.

“Our teams moved at lightning speed to get Target up and running on Shipt’s platform in less than eight weeks,” said John Mulligan, COO, Target. “And we’re not stopping there—we’ll keep expanding….making Target the first retailer to be able to offer same-day delivery in all major markets across the country.”

Shipt is a membership-based service, with an annual fee of $99. (To celebrate the addition of Target to the Shipt marketplace, new Shipt members who sign up prior to expansion will receive an annual membership for $49.)

Members use Shipt’s online marketplace to browse participating local retailers’ aisles online and purchase from a full selection of grocery and household items. Shipt’s army of shoppers then take the orders, visit the stores to buy the products and deliver them to the user on the same day, usually within just a few hours.

Target’s acquisition of Shipt was one of the largest in the retailer’s history. It came as Walmart and Amazon were expanding their own same-day delivery offerings.

“This acquisition will mark an important milestone in an ambitious strategy we laid out in early 2017, which included strengthening Target’s supply chain and digital capabilities to make shopping at Target easier, more reliable and more convenient for our guests,” Mulligan stated in a blog on the retailer’s website back in December. “By acquiring Shipt, we’ll be able to take advantage of our network of stores and Shipt’s technology platform and shopper community to quickly offer same-day delivery to millions of our guests.” 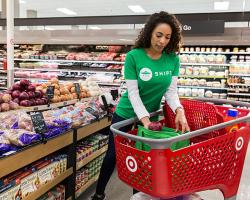 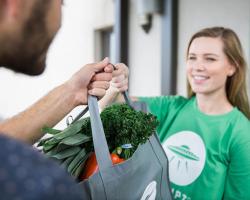 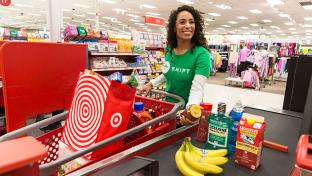 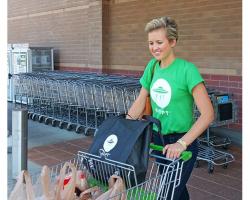