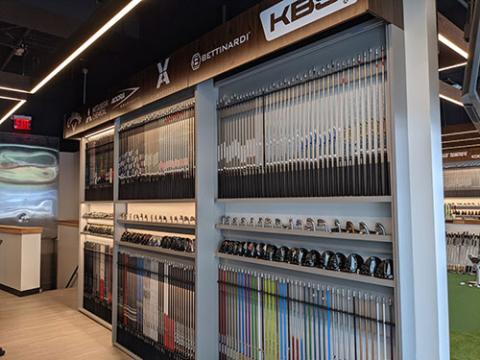 On the heels of opening its 100th store, the custom golf club fitter has opened a flagship in New York City with an updated studio concept designed to elevate the customer experience. The 4,400-sq.-ft. Club Champion store boasts four hitting bays and five “master” fitters. It is located on East 42nd St., one block away from Grand Central Terminal, on the ground floor of the landmark News Building.

Updated graphics, logos and printed materials, as well as a more customer-friendly common area, give the naturally lit space a comfortable and inviting look. The store is home to the company’s signature club wall, which carries club components from more than 60 brands and over 50,000 hittable club combinations for customers.

"We've been planning this New York City flagship for a long time and it's incredibly gratifying to see it come to life," said Club Champion CEO, Adam Levy. "We're already laser-focused on upgrading the future of your golf game so it's time we applied the mindset to our own brand, and this studio concept is step one."

Founded in 2010, Club Champion is headquartered in Willowbrook, Ill. Its locations offer golfers access to over 60 brands and more than 50,000 hittable head and shaft combinations.